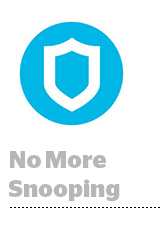 Facebook pulled its VPN app Onavo from the Apple App Store after being informed that it violates new privacy rules introduced this summer forbidding apps from collecting data about other apps on an iOS device. The Wall Street Journal reports that Facebook had been using Onavo, ostensibly a service to help manage smartphone security and bandwidth usage, as a way to sniff out potential competition and track competitive market share. Onavo data informed Facebook’s $19 billion acquisition of WhatsApp, for example, and the smaller deal for anonymous teen compliment-sharing app tbh, which Facebook later discontinued. Another consequential move spurred by Onavo was the decision to replicate Snapchat Stories when that feature was starting to take off. Onavo will still be available on Android and to iPhone users who already have it, but Facebook will no longer issue iOS updates. More.

Caught In The Middle

GDPR is causing some advertisers and publishers to sweat their overstuffed digital media supply chains, which can include a dozen or more third-party vendors. The buy and sell side can’t be sure that their ad tech middlemen partners are complying with the law and it’s prompting them to “rethink how they share user data,” Reuters reports. Many executives expect that as the supply chain thins out, transparency into tech vendor margins will improve publisher revenue in the long term. Yet, there’s still uncertainty about how all of this will shake out and the beneficiaries of that doubt seem to be … drum roll … Google and Facebook. More.

There’s a strong case to be made that TV represents the best deal in advertising. Writing for MediaPost, Simulmedia CEO Dave Morgan estimates the average CPM across all TV media is a meager $2.26. He backs into the number by juxtaposing Nielsen and Kantar ad occurrence data (19 trillion impressions) with Magna’s 2017 ad spend estimate of $43 billion. “To anyone who understands the power of media, and the unique power of TV’s sight, sound and motion and quick sales-driving impact, you can’t come to any conclusion but that a lot of TV advertising is underpriced,” Morgan writes. More.