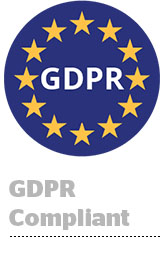 Publishers have wildly divergent approaches to consent management, and some may not sufficiently comply with GDPR. Since the regulation is vague about how publishers should convey consent to their audiences, many still use practices that violate the law, such as pre-ticked opt-ins, buttons without options to reject tracking and buried information, Digiday reports. “GDPR consent requires an affirmative action, which leads you to conclude you need an explicit yes button,” said Adrian Newby, CTO at Crownpeak, parent company to privacy tool Evidon. “No data should be collected until the user says yes. But a lot of publishers have gotten confused and taken a more similar approach to ePrivacy.”

You can’t spell AMS without M&A. Bids are coming in for Acxiom Marketing Solutions, the longstanding customer data business that accounts for most of Acxiom’s revenue; about a quarter of revenue comes from the Connectivity group, aka LiveRamp. Ad agency giants IPG and Dentsu Aegis will submit offers, and the deal value is expected to top $1.5 billion, The Wall Street Journal reports. The price tag for AMS shows the outsized value Acxiom hopes to gain by unloading the legacy data asset before selling LiveRamp. Acxiom’s market cap has hovered between $2 billion and $2.5 billion for the past year, so selling AMS for upward of $2 billion and possibly selling LiveRamp for even more (as some Acxiom stakeholders told AdExchanger last month) would yield a huge return on capital. Private equity companies are also rumored to be in contention for AMS, and after it’s sold expect Acxiom to shop LiveRamp to strategic buyers such as Oracle, Salesforce, Nielsen and Adobe.

Apple is considering launching a subscription bundle that includes original TV shows, Apple Music and magazine articles, The Information reports. The service would look a bit like Amazon Prime, with music, video and news (at least limited free access and a discounted rate for The Washington Post, owned by Jeff Bezos), although it would lack Amazon’s sticky ecommerce and delivery benefits. The move reflects Apple’s increasing ambitions in the TV space – the company recently inked a production partnership with Oprah for its subscription video service – and its push to bring in more services revenue. Apple also recently acquired Texture, an aggregated magazine subscription service.

California’s Consumer Privacy Act (read AdExchanger’s coverage here) unanimously passed both the state Senate and Assembly on Thursday. Now it’s up to Gov. Jerry Brown to sign it, which he hadn’t yet at the time of this writing. If/when he does, the initiative will become law by 2020. If all of this seems hasty, it’s because California lawmakers want to head off a draconian data privacy measure from real estate developer Alastair Mactaggart. Mactaggart has said he’d withdraw his measure if California lawmakers passed a similar bill by June 28, the last day initiatives can be removed from the November ballot. Why are the politicians trying to exert a leadership position here? “Bills passed by the Legislature are much easier to change than voter-enacted initiatives,” writes The Washington Post, meaning it’ll be easier to make revisions to the measure going forward. Read more.