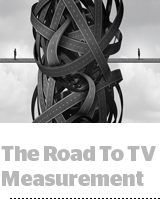 “I want to acknowledge that the company has undergone some significant changes in the past five weeks,” interim Comscore CEO Dale Fuller told investors on Wednesday. It was an understatement. It’s been just over a month since Fuller took the reins from Bryan Wiener, who exited the company less than a year after joining, noting “irreconcilable differences” with the board. In terms of the bottom line, Comscore cited a $2.4 million expense in the first quarter associated with the resignation of “certain executives” (i.e. Wiener and former president Sarah Hofstetter, who resigned as well). Comscore is no stranger to turmoil, but Fuller is looking to right the ship by, he said, evaluating the company’s broad suite of products and making more concentrated investments in cross-platform TV, on-demand content, addressable advertising and campaign ratings. But it’s an uphill battle. Revenue for the quarter was $102.3 million, down 3% year over year. Comscore also had a round of layoffs on Tuesday, roughly 10% of the workforce, including open positions that will not be filled. The goal is to reduce costs, improve profitability (eventually) and enable better cash flow. The board is looking for a permanent CEO as Comscore continues its strategic internal review.

Children Of The Amazon

Nineteen consumer and privacy groups have accused Amazon of violating the Children’s Online Privacy Protection Act (COPPA) through its Echo Dot Kids Edition, which stores voice recordings and other information about users under the age of 13. The groups also accuse the Amazon devices of having flawed parental controls with non-specific permissions and ineffective age verification, The Washington Post reports. Amazon hangs on to recordings of children for longer than necessary, the groups complained, and the tools to delete them do not work properly. And it’s not just Amazon who can access the data; developers can collect data in ways that also potentially violate COPPA. “Children are a uniquely vulnerable population,” Sen. Edward J. Markey, D-Mass., wrote in a draft of a letter he plans to send to the FTC on Thursday. “We urge the Commission to take all necessary steps to ensure their privacy.” More.

Ad spending on private marketplaces (PMPs) will surpass buying on the open exchange next year, per eMarketer’s latest forecast. This year, US advertisers will spend an estimated $12.2 billion on the open exchange compared to $11.6 billion on PMPs. By 2021, US ad spend on the open exchange will rise to $13.8 billion, while PMP spend will hit $15.8 billion. The shift to PMPs is driven by both sellers who want more control over their audiences and the ads that run on their page, and advertisers mistrust of the open exchange. And PMP deals offer advertisers more opportunity to negotiate pricing and data. “ … One-to-one agreements and conversations are only increasing in importance,” said eMarketer analyst Lauren Fisher, “ … programmatic has become so much more than just open market, real-time buying.” More.