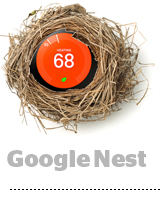 Amid its privacy-focused announcements, Google said at its I/O conference that it would begin indexing podcasts in its search results. Google’s search engine will surface relevant podcast episodes based on the content of the podcast, not just its title. And people will be able to listen to that podcast within Google’s search results and save episodes to listen to later. The news is huge for the small but growing podcast industry, which struggles with fragmentation of listening apps and a lack of discoverability. But Google CEO Sundar Pichai glossed over the announcement, TechCrunch reports, without saying anything about offering podcasters better measurement and analytics through the service. More.

Billions of dollars have been invested in startup direct-to-consumer (DTC) product brands, but what if billion-dollar exits don’t materialize? Some brands have successfully IPO’d (like Stitch Fix, Yeti and Wayfair), but there’s been only one nine-digit deal: Unilever’s 2016 acquisition of Dollar Shave Club. People are buying a wider array of brands, often for specific attributes or affiliations, according to a Twitter thread by Ryan Caldbeck, co-founder and CEO of CircleUp, a marketplace that connects CPG startups with investors. This means DTC startups may hit ceilings in the $200 million to $400 million range, instead of in the billions, where the global CPG holding companies start to get interested. Some companies are trying to create a next-gen CPG holding company, but Caldbeck is dubious that the network effects can offset a startup losing the wind in its sails when it is put it in a corporate structure. Check it out.

Google rebranding Nest as “Google Nest” seems innocuous, but it’s telling that Alphabet is bundling its smart home business (and related data) as part of its flagship subsidiary. The new Google Nest prompts customers to merge their smart home accounts with their Google profiles. “We want to make sure we are seamlessly integrating these devices,” Richi Chandra, Google’s VP and GM of Home and Nest products, tells the Financial Times. The data won’t be used by Google’s ad business … maybe. “That data will never be used for ads personalization,” Chandra said, before being corrected by a member of Google’s public relations team. “We can never say never,” he added hastily, “but the commitment we are making is, it is not being used.” More.