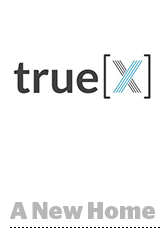 Disney has unloaded its video ad tech unit TrueX to location vendor Gimbal for less than $100 million, The Wall Street Journal reported. TrueX specializes in reward-based interactive units that encourage people to engage with ads in exchange for fewer or no commercials. It became part of Disney through its 2019 $71.3 billion acquisition of 21st Century Fox, which bought TrueX for nearly $200 million five years earlier. Disney never viewed TrueX as a core asset, and it never bothered trying to integrate it. For Gimbal, a spinoff of Qualcomm, TrueX represents a greater foothold in advanced TV and prized relationships with TV app owners. The move follows Gimbal’s acquisitions of the managed services units of Drawbridge and UberMedia in 2018 and 2019, respectively.

Snapchat is pitching advertisers on a media buy called “Platform Burst,” which would guarantee that advertisers reach at least 40% of their target audiences 15 times within three or five days. The ad blast could neutralize the platform’s fleeting nature, which makes ads easily skippable. While there is no fixed price for the campaigns, executives told Digiday that they were quoted around $127,000 – far exceeding similar takeover ads on TikTok ($88,920) and Twitter ($38,110). Is it worth it? “A guaranteed buy like Platform Burst could interest advertisers because it removes the uncertainty of fluctuating costs in an auction,” said Carly Carson, director of social at digital agency PMG. More.

Welcome To The Party

MDC Partners has centralized its technology talent and resources into a single group of 65 staffers, Alison Weissbrot reports for Campaign US. The group will do everything from IT to digital asset management and production work, and in the future will develop tools to help teams in different parts of the world collaborate on client work. “We have really good talent, but they were working in a very siloed way specific to that agency,” according to global chief information officer John Georgatos. “We want to help on the infrastructure side to do production in a more efficient way.” More. The move follows similar moves by many of MDC’s larger brethren, including WPP/GroupM and Omnicom.