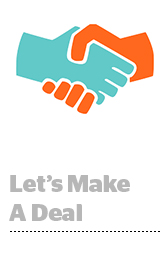 The Business Of Media

Atlantic Media is selling its mobile-first business property, Quartz, to Uzabase, a Japanese media company with a business news app and corporate intelligence tool. The deal is valued at between $75 million and $100 million, Quartz reports. Founder and editor-in-chief Kevin Delaney and publisher Jay Lauf will become co-CEOs as founder David Bradley continues to divest his stakes in Atlantic Media properties. This is the first acquisition by Uzabase, which is looking to expand its international footprint. For Quartz, Uzabase offers a foundation of subscription tools. “We’ll quickly be developing paid products for the loyal audience Quartz has accrued over the past six years, building on and learning from the success that NewsPicks has had with community and paid content,” Delaney and Lauf wrote in a memo to staff. More.

What’s up with Oath? One year after Verizon unveiled the brand with a splashy party in Cannes, buyers are wondering whether CEO Tim Armstrong’s vision for a duopoly competitor will ever come to fruition. Oath has some strong assets, especially in ad tech, but a coherent strategy isn’t coming across to buyers. That’s reflected in Oath’s ad revenue, which is expected to hit $4.8 billion this year, up only slightly from $4.6 billion in 2017. "The vision is muddied, the strategy is unclear," a top ad buyer told Business Insider’s Mike Shields. "They are a jack-of-all-trades, but it's hard to discern what they are masters of, if anything." Armstrong has a big job to bring together two struggling companies and five ad tech platforms, but he’s aware that marketers are getting impatient. "Our customers are really anxious for us to become a bigger partner [in the industry]," Armstrong said. "We're making progress." More.

As major platforms restrict access to user data, email apps remain an exception. Email service operators like Gmail, Microsoft and Yahoo allow app developers such as Return Path and Edison Software to scan user emails to A/B test or personalize campaigns. Often the email app sells itself as a way to facilitate price comparison or manage travel itineraries, but the user agreements give it access to email content and may even allow it to sell data in partner networks, reports The Wall Street Journal. “Some people might consider that to be a dirty secret,” says Thede Loder, former CTO of one such email data company, eDataSource. “It’s kind of reality.” More.