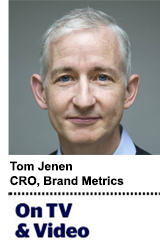 Peter Drucker was right when he wrote, ‘What gets measured gets managed.’

Known as the father of modern management, Drucker was revered for his books and articles on innovation, entrepreneurship and strategies for dealing with a changing world.

Let’s just say he wouldn’t have been a fan of the media world’s measurement practices today.

A lack of rigorous measurement has contributed to the crisis in which many premium publishers find themselves. Very often, publishers know that their brand is valuable. Their problem is proving it.

For too long, publishers have lacked simple effectiveness metrics to demonstrate the value of advertising in their environments.

Measuring in terms of viewability or reach, for instance, does not equate to actual campaign effectiveness. Sure, it’s great to reach people, but does the campaign create the impact you want?

Take video. The medium is great at conveying detailed, emotional messages, but it tends to be less of an awareness play. This may not always be the case. With measurement, we can uncover the most effective routes to investment.

Rudimentary calculations such as impressions and clicks, for example, should be de-emphasized in favor of the more important value of brand lift.

It’s been clear for some time that clicks don’t tell the full story. We’ve simply put up with lazy practice; partly out of necessity.

More precise metrics help because the marketing “funnel,” as it is often called, is not straightforward. An individual is exposed to ads, notices them, considers the brand, intends to buy, visits the store, and makes a purchase. Or so the thinking goes.

Yet, in many campaigns, these steps remain unmeasured and unproven.

Publishers must arm themselves with data which informs them and their clients as to the strategies that work – helping to address the threat of budgets leaking to the likes of Google and Facebook.

Data also helps publishers deal with fragmentation. With the range of channels and formats increasing, a holistic view of campaign effectiveness has never been more important.

For example, one publisher we work with, the South African media network Media 24, identified a gap between the amount of time consumers spent on mobile and the proportion of ad budgets allocated to the channel. Thanks to brand lift data, it was able to influence decisions and recommendations accordingly.

Drucker was right. An industry that lacks tangible proof of its value is in a sorry state. Yet metrics of awareness, consideration, brand preference and action intent can be measured – consistently and at scale – and compared against global benchmarks across the range of formats.

If you can test and measure on brand lift, it strengthens the hand of quality publishers in a world where, as we always knew, there is far more to life than clicks.