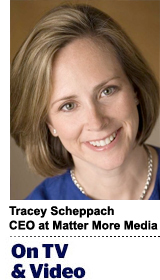 Since 2003, our industry has been on a journey to build the capabilities to deliver addressable TV. That year, the first addressable linear TV ads were delivered to homes in Aurora, Colorado. Those of us aware of this test felt the future of addressable TV was bright, and we hoped scale would be just around the corner.

Disney+ launched with 10 million ad-free subscribers. This is your wake-up call.

Universal addressable TV+: What are we fighting for?

Addressable TV is the ability to deliver different TV ads targeted to the household level and perhaps the individual level. It is not the ability to use large data sets to refine delivery of ads based on index, leaving much of the delivery to impressions outside the target audience.

Transformational forces have impacted addressable inventory options, including linear, video on demand (VOD) and OTT, with more changes to come. The industry struggles with what is real TV – as a definition – with some calling it TV and others calling it video.

Here I add the idea of TV+, which includes all the new ways consumers are engaging with premium TV content, and does not include much non-premium online video, such as YouTube, in most cases.

I am confident that the answer lies in how we harmonize technologies and inventory sources to create what I call universal addressable TV+: the ability to target consumers regardless of the distribution platform (smart TVs, set-top box, OTT, VOD, etc.) and aggregate all the audiences to support one deduplicated campaign.

Granted, linear ad-supported TV is still the bedrock of viewing. Over the past 12 months, linear TV represented approximately 74% of TV time for most people, according to Nielsen. This encompasses 30 billion hours a month over that period.

Yes, consumer shifting continues, but live linear TV and its ad-supported majority has resisted many of these forces, remaining surprisingly stalwart. And while shifts continue, the industry must focus on fixing the challenges hindering addressable linear TV+ and how to harmonize with the larger opportunity of universal addressable TV+ (which includes OTT and VOD) at scale.

Scale: The numbers and why they matter

The elephant in the room: By my estimation, a half-billion dollars were left on the table at the last upfront, and no one is publicly discussing this missed opportunity and what it means for our future.

Talk to enough of the buying and selling community, and it’s clear that this huge potential was lost because demand was there to buy impressions that weren’t there to sell. Furthermore, I predict this number will grow in our next upfront with the streaming wars in full force, with Disney Plus launching and Hulu and ESPN Plus now reaching collectively more than 40 million subscribers with limited ads or no ads. Where will demand for transparent, brand-safe impressions go?

Though I believe in the power of our industry to reinvent itself, we’ve ignored this elephant because if we talked about it, we’d have to race collectively toward a universal addressable TV+ market – and that means massive change.

To make addressable work on linear TV we must first understand where the viewing is taking place.

Across the 120.6 million US TV homes, broadcast TV (ABC, CBS, FOX, NBC, Univision, Telemundo) accounts for 40% of total linear TV viewing while cable networks represent the remaining 60%, according to Nielsen.

This is an important distinction because today, only cable ads can be addressable by most  traditional distributors such as MVPD and vMVPDs. In fact, of the 16 minutes per hour of commercial inventory, only 2 minutes are addressable-enabled, with rare exception. And distributors must have the technology in place – addressable-enabled set-top boxes – in order to deliver on the two minutes of addressable. Only about 40% of the total number of these homes have the necessary technology enabled, based on company sales presentations I’ve seen. Based on my calculations, this means that over two decades, only approximately 3% of linear TV is addressable-enabled. The opportunity is great, and that is why we must collaborate toward our goal – but currently we are working in silos with little partnership. We know through experience and case studies that addressable TV works with relevance and efficiency, and delivers premium CPMs to sellers that more than cover the cost of enabling it.

We cannot discount the innovation that Comcast, Ampersand, Xandr and others deliver to expand their linear addressable capabilities beyond the inventory they control. But can the industry wait until each of these approaches are fully operational?

There is something immediate that can be used to help create change: 2020 will be the year to focus on smart TVs with several trials coming to market that could unlock linear addressable TV+ at scale.

Today 50% of all US TV homes (nearly 60 million) have at least one enabled smart TV, based on my experience and anecdotal information from industry colleagues. That enabled smart TV is likely in the living room and receives the most viewing hours, according to Nielsen. The percentage of smart TV homes in the United States soared from 24% (28.4 million) in Q2 2016 to 47% (56.7 million) in June 2019. If this yearly percent growth rate continues, there is a potential to add an additional 28 million smart TV homes by the end of 2022, to reach 85 million enabled smart TV households across the country. This tremendous growth provides the opportunity to serve addressable ads to the TV glass, unlocking 16 minutes of ads seen on these TVs for both broadcast and cable. This scale would fundamentally begin to transform how TV is bought and sold, add much needed impressions to the marketplace and increase linear TV addressable enablement from 3% to an estimated 21% and growing, without increasing ad load to consumers.

This huge opportunity cannot be lost. We must act now. The first step is to always identify the problem and ways to address it for the greater good, together. My immediate call to action is to have a conversation with two smart TV pioneers – Nielsen and Project OAR, which are bringing trials to market in 2020 – about making investments that will lead to universal addressable TV+ for us all.

Explore these smart TV trials. Get inspired by the combination of societal change, consumer needs and market potential to build what’s next, one step at a time. But start today with two conversations to guarantee success tomorrow.

The headlines declaring TV was dead couldn’t have been further from the truth. Smart TVs, innovation and technological advances are reshaping the future of the industry, with more ahead. Achieving a fully scaled universal addressable TV+ marketplace where all impressions are harmonized and measured is within reach.

Tracey will explore other key building blocks for universal addressable TV+ in her next column.