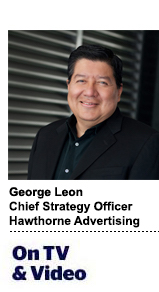 The midterm election season will be here before we know it. The 2018 election season disrupted formerly stable patterns. This year, the lack of stability might be even more pronounced.

A rare trifecta of factors influence the marketplace today: heightened political tension, a war in Europe and high inflation. We can add the pandemic to the mix, too. It has changed media consumption habits significantly, and the new habits are persisting.

Let’s take a look at the past impact of midterm elections on ad buying and planning and the current patterns that are emerging. Understanding these patterns can help media planners and buyers be as prepared as possible for the remainder of the year.

Midterm elections typically generate less enthusiasm and have significantly lower turnout than presidential year races. Through 2018, the midterm pattern was a bell curve with a peak in September-November. But the 2018 midterms were anything but typical.

According to the Pew Research Center, more people voted than in any midterm election year since 1978. The intense interest drove campaign ad demand, which in turn drove advertising rates 1,000% to 2,000% higher in the 2018 cycle.

Voter turnout rose even higher in 2020, with nearly two-thirds of eligible voters participating in a record-setting presidential election. Afterward, through the start of the new year, many viewers tuned out of the post-election coverage. CNN saw declines of 40% to 50% in some markets, while networks like Fox News and MSNBC saw less precipitous decreases.

For media planners and buyers, the bottom line was that the negative political discourse was reflected in a diminished consumer response to ads placed during that period. Buyers were paying more for placement and getting less bang for their buck.

2022 has been painful for advertisers — so far

The Virginia gubernatorial election and early Texas primaries provided a preview of what to expect in the months ahead. In Virginia, there was a sharp increase in the frequency of communication. And the negative tenor of the political ads affected consumers’ willingness to stick with programming during the commercial break to view nonpolitical ad content.

One of the biggest surprises from the fourth quarter of 2021 was the lack of a response rate rebound after elections concluded. There’s usually a lift when the political season wraps up, but there wasn’t one in the second half of Q4. After an initial rise, response rates hit a brick wall, likely due to low consumer confidence and spiraling inflationary pressures.

What will the remainder of 2022 hold for media planners and buyers? Rates will likely double in the next few months, possibly followed by a dip. Then there may be an increase that lasts through the election and the rest of the year. Rate increases will likely match or even exceed the sharp increases from the 2018 midterms.

It’s important to factor in the shifts from linear to OTT/CTV inventory in the years leading up to the pandemic and high rates of adoption as it subsides. Frequency will be a major issue, and inventory will be affected profoundly. But OTT/CTV is highly targeted, so ad servers will focus on fit, meaning consumers won’t be inundated with bombastic content.

Marketers may also look to paid social as the shift away from linear TV continues, but the disappearance of third-party cookies is making it more difficult to drive awareness and conversion on channels like Facebook and Instagram.

As a result, advertisers may decide to hold off on campaigns until the midterm period is over – if they can. Buyers who need to drive action around time-specific events like Medicare enrollment will need to maintain a presence during the midterms, but they’ll have to plan on paying more to place inventory that receives lower response rates.

Buckle up as you prepare for the rest of the year. Be aware that it will take more spending to maintain response rates, let alone increase them in the fourth quarter. The upcoming midterms will be a bumpy ride.