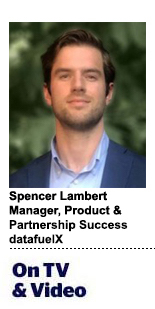 Today’s column is by Spencer Lambert, manager of product and partnership success at datafuelX.

Heading into upfront negotiations prior to the pandemic, there was definitive industry momentum toward business outcomes. On the sell side, players like A+E, Warner and NBC were citing outcome-based guarantees or optimization tools, while on the buy-side, agencies like Horizon Media were announcing large strategic commitments to this initiative.

With this year’s upfronts now underway, ramifications of the pandemic have largely halted this agenda, with Nielsen’s loss of MRC accreditation and the ensuing currency wars eclipsing most other conversations.

But it is critical that measurement discussions continue to include the strategic goal of outcome-based guarantees in a linear and, eventually, convergent TV world. Or else the television industry risks falling further and further behind digital capabilities.

TV should be held to digital standards

As we near convergent TV, questions regarding the language, metrics and guarantees of cross-channel planning remain. Will it be old-school linear buyers bringing GRP language to addressable methodology? Or will it be digital buyers bringing a CPA-like view of inventory to the linear world?

Facebook, Google and Amazon account for more than 35% of advertising market share. They provide a clear picture of outcome-based purchasing on their platforms. Linear television’s reach allowed it to play by different measurement rules for a long time, but it’s obvious that a concentrated effort to prove greater value to advertisers is necessary:

Directly attributing consumer behavior to a national television spot will always be challenging, but that’s not to say it can’t be done. Data companies like EDO, TVision and PlaceIQ present views of consumer behavior such as search engagement, viewability or store visitation as a result of national ad airings.

For more exact attribution, deterministic data sets can be employed on a first-party level, or sources such as Catalina can be used to get a national TV understanding of website traffic or sales lifts.

As for benchmarking, it can be addressed by holding publishers only to the vertical they can truly control: ad placement. By constructing guarantees on a lift in outcomes compared to a baseline (non-optimized campaign), publishers would be held to placing ads in spots that perform best for advertisers, not to a gross sales number that could be thrown out the window with another lockdown.

If we as an industry don’t begin to hold ourselves up to the attribution level set by our digital counterparts, market share will continue to hemorrhage, not because of declining viewership but because of an inability to adapt to marketer expectations.

We consistently speak of dollars used on the wrong audience as waste. It’s time to start discussing dollars disconnected from consumer behavior as waste.