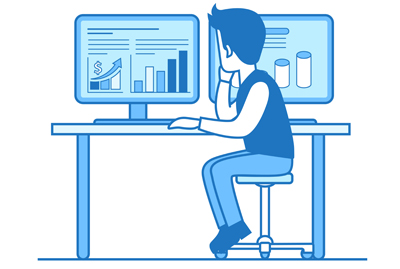 Self-serve interfaces are old hat in the digital world. But they’re relatively new to TV buyers who struggle with the planning, buying and measurement of audience-based campaigns.

Ampersand, the Comcast/Cox/Charter joint ad sales venture previously known as NCC Media, is trialing a self-serve version of the AND platform, its advanced TV planning interface that treats television buys like digital buys.

The self-serve option is being tested with beta clients to get the kinks out for both local and national buys, with a plan to make the platform generally available in the first quarter of next year.

Ampersand launched the managed service version of AND in January, supporting multi-screen campaigns based on audiences across Ampersand’s addressable footprint and its inventory partners, along with insights into how specific segments reacted.

“The notion of audience-driven media at scale in TV is just coming to fruition now,” said Ampersand CEO Nicolle Pangis. “What we’re doing is expanding the idea of a digital-like buy across audiences and into the entirety of the TV ecosystem.”

TV advertisers can develop segments using insights derived from Ampersand’s set-top box data, their own first-party data and/or by selecting from thousands of prebuilt audiences from Polk, Experian and other partners.

Ampersand aggregates proprietary viewership data via set-top boxes from just under 40 million households and can reach roughly 85 million households across over 200 DMAs and 120-plus cable networks. Its footprint covers 60% of addressable households in the United States, up from 55% earlier this year. Its national and local inventory spans Cox, Charter and Comcast (its owners), as well as Altice, Verizon, DISH Network and other satellite companies and telcos. In May, it became the exclusive seller of Fios addressable inventory.

AND also aggregates media that Ampersand didn’t actually run itself so that buyers can get a broader view across TV sellers.

That’s helpful to measure reach and frequency, and to know if an audience is over or under-indexing compared to an intended target.

“Because things have been so panel-driven, there hasn’t been as much of a view across all of the different segmentations,” Pangis said. “Television has been a bit of a black box in terms of measuring incremental reach, and what we’re trying to do is make TV dollars as efficient as possible.”

The managed service version of the AND platform will continue to be available. But launching a self-service platform was always part of the plan.

And buyers do appreciate the option to have more control, said Jenifer Peischel, SVP and director of local media at RPA, which is testing AND for both local and national buys. Peischel’s purview is on the local side.

“There aren’t a lot of opportunities for us to be able to build defined segments in local-level television,” she said. “With this, local buyers can have a much deeper understanding of what they’re looking for, which is a new world for them.”

Progress toward this new world of addressability has been slow to date, especially on the local front, although new buying platforms have been cropping up. Samsung, for example, released a self-serve ad platform last week.

But in Pangis’s view, “point providers in television won’t help solve the issues around consistent audience planning and reporting in TV.”

“That’s the importance of going omnichannel,” she said. “If you only have a subset of the television ecosystem, that doesn’t help agencies, because it’s myopic and just creates another inconsistent view.”