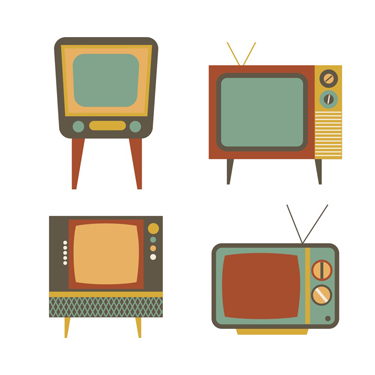 Brands are always looking for channels that can deliver incremental reach. But some advertisers are also looking for more control over that process.

This capability was already available as a managed service, but advertisers have been demanding more control and transparency over the buying process, said Andrew Matero, Ampersand’s VP of platform.

The self-serve tool is available within Ampersand’s AND platform, which launched in 2020 to centralize TV inventory across US cable operators.

The purpose of incremental reach measurement is to help buyers strategically target viewers who may not have been exposed to a campaign through another channel.

The AND platform pulls in anonymized first-party data from Comcast, Charter, Cox and Ampersand’s partners, including Altice and Verizon, which gives it audience insights across 42 million addressable US households and 179 DMAs.

This purview allows Ampersand to serve and measure inventory across more than 80 million homes and adjust reach and frequency across channels.

The platform analyzes second-by-second set-top box viewership data to determine the date, time and network of an individual national spot campaign and cross references that data against specific audience segments and their viewership behaviors.

The platform’s new self-service capabilities allow buyers to set their own reach and frequency goals using a frequency widget.

Advertisers can select audiences to reach using their national creative by specifying a “reach range” – either underexposed, optimal reach or overexposed – and shifting ad dollars from the over- to the underexposed audiences. An advertiser whose frequency goal is six, for example, might decide that a range between 3 and 10 repeat impressions is acceptable, then give extra attention to the targets that aren’t making the newly specified minimum.

Transitioning from a managed service to the freedom and flexibility of self-serve widgets should also bring more speed into the equation, Matero said.

Finding pockets of incremental reach calls for a nuanced approach because reach and frequency varies by region, he added.

“Every DMA watches TV differently,” Matero said. “A campaign average of 50% frequency could mean one market is sitting at 35% reach while another is at 70%. What we recommend to our clients is giving more weight to those underexposed markets.”

Ampersand tracks campaign flights by network but makes recommendations based on specific regional markets and households, not by channel programmer.

Advertisers need to take an audience-first approach if they want to keep up with the evolving TV marketplace, Matero said.

No linear left behind

TV advertisers can find the audiences they’re missing out on, but to do so they need to think both inside and outside the box – the set-top-box, that is.

TV marketers generally assume a linear campaign mostly misses viewers who are streaming, but that’s not the only place to find incremental viewers.

According to Matero, the national linear campaigns Ampersand runs typically hit between 50% and 70% of their target audience early on. After the second or third week of the flight, that reach “completely plateaus,” he said, and ends up serving the same viewers over and over again. (TV advertisers have 99 problems, and overfrequency is definitely one of them.)

To find that elusive 30%, advertisers are shifting dollars heavily into digital and over-the-top channels, including streaming.

But if a national spot campaign doesn’t reach a certain portion of its target audience on cable, for example, there’s no guarantee an advertiser can find them on a streaming service.

And at least some of these viewers are likely watching local broadcast, Matero said.

“There’s been a bit of an over-shift into streaming and digital in terms of budget,” he said. “There are a ton of linear viewers – but I think advertisers get scared off by the high CPMs that come with national addressable TV and incremental reach campaigns. They’re also more used to newer capabilities meant for digital inventory buying.”

As a result, the industry has hopped aboard the streaming hype train. Advertisers that have saturated linear switch over to streaming in a scramble to reach more viewers. But all too often, “that’s just completely disconnected from the data of the original campaign,” Matero said. “It’s just guesswork.”

Done right, though, incremental reach measurement can identify underexposed or missed households “much more efficiently than anything else can,” said Matero, who noted that an incremental reach campaign that hits people on addressable linear channels can perform as much as three times better than the original national campaigns from an attribution perspective just by reaching households that haven’t yet seen the ads.