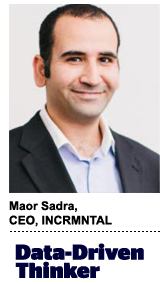 Today’s column is written by Maor Sadra, CEO and co-founder of INCRMNTAL.

After this exclusive look for subscribers, the story will be published in full on AdExchanger.com tomorrow.

But what goes unspoken is the catastrophic impact SKAdNetwork, Apple’s alternative attribution framework, will have on Facebook’s ability to claim credit for clicks, installs and other actions.

One of the advantages that Facebook and other media behemoths had over an unregulated market was the ability to set their own rules. Since Facebook launched its mobile ad product, it’s refused to be audited by third-party attribution providers. Facebook demanded to receive all mobile app installs first so that it could claim the conversions as being generated by campaigns running on its platforms.

In short, Facebook was a self-attributing network (SAN), and other platforms engaged in the same tactics. Google, Twitter, Amazon, Snap, Pinterest, TikTok, Apple Search Ads were all SANs.

One major mobile attribution company once noted that the discrepancies it sees between its deduplicated last-touch attribution compared with Facebook’s own reporting was “between five to 50%!”

Using Apple’s IDFA allowed large platforms such as Facebook to claim that they had generated a conversion simply because they’d touched a user before conversion. These platforms had the power to force attribution solutions to send them all of the tracked conversions, thereby allowing the platform’s own reporting to claim them.

In August, I wrote a column for AdExchanger thanking Apple for its changes. I genuinely believe that the slow deprecation of the IDFA will result in better privacy for everyone.

SKadnetwork 2.0 was far from perfect, but one of the benefits was that it created a closed system that forces everyone to play by the same rules. In theory, discrepancies would become a thing of the past.

But maybe I thanked Apple too soon?

Facebook did not back off from its fight with Apple. But, regardless, Apple went ahead and launched ATT with iOS14.5 after months of delays.

Apple did this quietly, with no major PR or big announcements, just a brief blog post.

But with iOS 14.6 it appears that Apple will soon become a self-reporting platform itself. Meet SKAdnetwork 3.0.

The iteration of seems to only have one new feature:

If you have been as obsessed with measurement and attribution as I’ve been, you may understand that sending postbacks to five platforms simultaneously could end up in all five platforms “claiming” that they generated the conversion.

Advertisers will have no way to deduplicate these among each other.

The beta release of iOS 14.6 came out in late April. It’s too soon to say when exactly it will be generally available, although brace yourself for what’s going to come with it: SKAdNetwork.3.0.

I expect this to create another wave of stress and confusion among app developers everywhere.