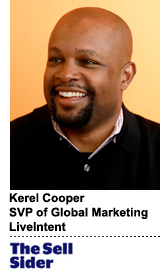 There’s a famous line between editorial and revenue at every legitimate publisher. Newsrooms aren’t influenced by the teams responsible for revenue, and nary do they even talk.

This doesn’t make much sense for the health of publishers. But thankfully, that’s changing as publishers increasingly adopt dynamic paywalls.

Advertising and marketing functions resemble a Rorschach test, but generally with publishers, there’s some uniformity. A publisher’s marketing team’s most important task is selling subscriptions, along with special offers and promoting content. This requires researching audiences and creating messaging that appeals for that moment in time. For certain publishers, it can mean promoting ancillary sources of income; some publishers such as Complex sell clothing to their core audience, for example, while others such as BuzzFeed have capitalized on their commerce business. But most importantly, a publisher’s marketing function is tasked with selling subscriptions.

Subscriptions and memberships act as a bulwark to the lost revenue and audiences publishers ceded to the walled gardens. But the public has grown accustomed to always-on free content, so the idea of a subscription can feel anathema to some. Hence, publishers have adopted the dynamic paywall as a salve. This nurtures the reader to consider a subscription.

But here is where the advertising-marketing silo’s shortcomings emerge. To properly administer a dynamic paywall, a publisher needs to understand its relationship with each potential subscriber by analyzing and making decisions based on first-party data. Someone who rarely opens a newsletter won’t respond positively when their rare attempts to visit a news site are stymied by a paywall. It hurts the case for a subscription. Perhaps a person who regularly reads 11 articles per month on a publication’s site would feel the pinch from a six article limit.

But in a world of proliferating devices, tying first-party data to people and not just devices requires expertise that has, traditionally for publishers, sat under the advertising/ad ops function, which is tasked with yield. Ad ops works with data management platforms (DMP) to get a better insight into the identity of their audience for advertisers, optimize their ad servers to serve the best ads at the right time and employ arrangements to extend their audiences.

“We’ve eliminated the mystery of what each side is up to, and it’s made cross-team training and career pathing easier for the people who work at the PGA TOUR,” he said.

The industry has for years now adopted as some northern star the idea of marketing and advertising converging, yet few entities actually executed on it. Brands were the first to do so, since they are more likely to have resources to innovate. Publishers began to address convergence because dynamic paywalls call for it. Wired launched a paywall, the result of its marketing team (tasked with finding new subscribers) and advertising team (equipped with managing the data and insights derived from email newsletters and other sources) coming together to drive a campaign.

At The New York Times, the insights the publisher gleans from reader experiences serve as the foundation for its subscription model, said Jay Glogovsky, senior director of revenue analytics and operations. The insights are also used to prove value across touchpoints as readers move through the marketing funnel. “To truly understand how our customers engage with our site, apps and our newsletters, and to use those data-driven insights to determine our strategy, we needed to bring our marketing and advertising teams closer together,” Glogovsky told me. “We launched the partnership in late 2018, and it’s been crucial to our success.”

Similarly, Godwin told me that the PGA TOUR would also rely on convergence of its marketing and advertising teams to scale branded content, which is receiving tremendous interest.

“The result will offer a clearer view of where a branded content campaign – often the function of advertising – might align with a marketing initiative within the organization, allowing for more efficiency and smarter technology,” he said.

Publishers face enough challenges as Facebook, Google and Amazon take their logged-in audiences and claim attribution. The cookie’s role is also changing, and the way publishers have built their model is collapsing. The ongoing privacy rollout is confusing, requiring publishers to think adroitly. By aligning marketing and advertising, publishers can tap into all the resources at their disposal to fight back in this new era.

The result of having a combined marketing and advertising function isn’t just the two teams working together – it’s having a more educated team. And educated teams are needed to create solutions that will help publishers thrive.