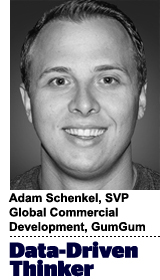 We’ve all been there: We’re reading a fascinating article or blog on the web when a glistening ad appears. However, the catchy ad disappears before you can click on it, and another appears in its place. It can be a frustrating moment for a consumer who was eager to click on that ad.

But imagine being the advertiser who paid for his/her ad to appear on that slot, only to see another ad appear in its place. The advertiser may not have known his/her ad would be replaced with another ad – sometimes a competitor’s ad – within seconds. Imagine that level of frustration.

The revolving door of ads in one slot on a web page is known as ad refreshing or ad reloading. The common practice of ad refreshing isn’t new, nor is it a problem. What is a problem is the lack of transparency some publishers provide to advertisers prior to selling the ad space.

In the age where transparency has proven to be of utmost value to the public, it’s time to set an industry-wide bar on ad refreshing standards. It’s time for publishers to be transparent with their advertisers.

There are plenty of publishers who are fully candid with their clients and users about how they practice ad refreshing.

But the same isn’t true across the industry.

Publishers have been employing the use of ad refreshing for more than 10 years. The practice has increased as technology has made it easier than ever for publishers to deploy this practice.

But on top of the quick time change, ad quality varies widely when publishers use ad refreshing. For example, the quality of an impression that is reloaded after 20 seconds, regardless of whether it is in view, will differ from an impression which reloads after 20 seconds of cumulative attention.

The varying techniques of ad refreshing, on top of the lack of information given to advertisers, calls for the need to create industry-wide standards. Without minimum standards, advertisers are unable to determine which types of refreshed impressions to target and value accordingly. It also diminishes the user experience and may cause users to avoid certain web pages because of the disruption of varying ads.

“Publishers that invest in creating engaging content and rich user experiences should be able to maximize the attention they capture,” said Babac Vafaey, VP, product management at Sovrn. “The current ecosystem, however, does not best support this – publishers who maintain the quality of their advertising inventory through reloading are unable to differentiate themselves from those who do not, and advertisers are unable to make informed decisions and be efficient with their marketing strategies.”

Together with our friends at Sovrn, we are proposing two ways to increase transparency and raise the bar when it comes to ad refreshing: One is a proposal for best practices for the refreshing of ads and another is a proposal for standards for communicating refreshed inventory.

Some publishers may believe these standards will decrease their overall revenue, but that claim hasn’t been proven. What has been proven is that there is a lack of transparency, trust and information across the industry when it comes to ad refreshing. It’s time we set new standards in place so that advertisers can use their marketing dollars more effectively and users can have better experiences on the web.