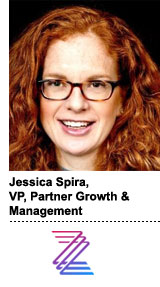 As media properties march to the drumbeat of revenue diversification, many are pursuing affiliate revenue aggressively.

Meanwhile, Ziff Media Group has run a thriving affiliate commerce business for years, all the while increasing its level of data-driven sophistication.

Ziff Media Group also takes an active role in driving performance for its partners – which lifts its revenue too.

For example, more well-known retailers – most obviously, Amazon – generally convert at a higher rate. If other retailers want to come in and take share, Ziff Davis is armed with data about how much they’ll need to pay to net the publisher the same overall yield for a link.

Data about how placements and merchants perform doesn’t just make Ziff better at striking deals, it means it can partner more closely with merchants who are trying to up their affiliate game. Spira’s team might suggest pulling different levers, perhaps increasing audience by putting a placement in one of its sites’ newsletters, to help a partner boost sales.

Spira talked to AdExchanger about what publishers can learn from Ziff Media Group as affiliate commerce rises in prominence.

AdExchanger: As more people create shoppable content, are you feeling that competition? Or is it a case of a rising tide lifts all boats?

JESSICA SPIRA: A good amount of traffic for these sites comes through organic search, and every publisher is feeling the pinch there. But on balance, other publishers getting into this ecosystem will elevate the affiliate business. It means more people are talking to brands about performance marketing and what mass media content sites can do.

What does phase one and phase two of affiliate commerce look like for a publisher?

The first step tends to be a publisher site that’s heavily focused on Amazon and affiliate networks, like a Skimlinks, and maybe have one person dedicated to commerce and a writer – a small, lean team proving out the model.

As you move beyond Amazon and add in other merchants, you start pulling in data from a variety of sources, which becomes daunting and time-consuming. As those publishers develop, they invest in solutions around data visualization, and they hire an engineer or business analyst to look at that data or work to create dashboards that can pull in all this information.

How do you look at the trade-off between adding more partners and the complexity it creates?

Working with a variety of partners is better from a business standpoint and from a user standpoint. I don’t know [that] a site with just Amazon links is as effective as a site with a mix of retailers.

If you’re buying software, like antivirus or VPN software, it’s much better going direct to the merchant vs. a retailer. It will be helpful for your business and serve readers better. But at the same time, you need to get your head around that data and be nimble.

What’s different about running affiliate links on a mass media content site vs. a deal site?

The return on ad spend is lower on a content site than on a place like RetailMeNot, where there is a coupon or cash back. You still have to convince some merchants to work with you [on content sites] or pay rates that are higher than a coupon site. You need to convince them that the content site won’t necessarily give you the last click, but it’s influential in driving the sale.

What have you learned about what makes deals work (or not)?

Scale and commerce don’t always match. On IGN [a Ziff Media gaming and entertainment website], there is tons of scale, but if you don’t put up a piece of content or a deal that’s relevant, it’s not going to go anywhere. Years ago, we put up a gaming apparel brand. It didn’t do anything. But a gaming chair – that really took off. Context is key.

Is the affiliate world always last-click?

It’s primarily a last-click world, but some of the affiliate networks are now developing data that has a multitouch aspect to it – if someone looked at a review on PCMag and then traveled all over the web.

We as publishers don’t have insight into that information. The networks are advertiser-focused. They are becoming more interested in the publisher side, but advertisers have visibility into that data and can see all the touch points in the customer journey. Publishers can’t.

What do you make of the swift rise in popularity of affiliate commerce?

The affiliate business is monetization of service journalism. If you’re writing about the product, and people are interested in it, they’re going to want to buy it. The challenge is how publishers are going to do things that are different as everyone jumps in.

For PCMag, that’s easy. We have a lab upstairs where they are testing these products, hosting mini-sites. You trust what we are writing and know our recommendations are solid.

Affiliate commerce feels very native on sites. How do you think about editorial separation?

On PCMag, the editorial team independently reviews products like laptops and antivirus and VPN services. The commerce team has no say in what the review looks like. The only thing we can change is what merchant we drive to with our button, like Amazon or Dell for a laptop.

What are your Black Friday plans?

We start talking about Black Friday right around when Prime Day happens and do dry runs to make sure everyone knows what they are doing. We have run a pretty consistent playbook. During the holiday, we’re all hands on deck. I sit in my mom’s kitchen on Thursday and Friday with my laptop open, and Monday we are in bright and early for Cyber Monday.