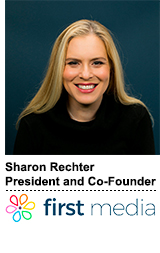 The company behind a cable channel for babies has built a thriving branded content business on social media.

The against-the-grain strategy comes as many digital publishers de-emphasize social media, instead eying video and connected TV as their next big revenue streams.

First Media made the switch in 2016, a decade after it was founded as BabyFirst TV, a cable TV channel with animated programs for babies. The niche channel averages a .1 or .2 Nielsen rating.

To reach the moms of its baby viewers, First Media then created social media content for them on topics such as DIY (Blossom), food (So Yummy) and beauty (Blusher).

Since then, First Media has attracted more than 100 million Facebook fans to its pages and multimillion view counts on YouTube. Blossom’s video view count makes it the top cross-platform creator in the home and DIY category, according to Tubular Labs data, and So Yummy ranks second for food and drink across Facebook, Instagram and YouTube.

“If I may be blunt, we are the next QVC,” stated Sharon Rechter, First Media’s president and co-founder. “We create short videos that make you want a product now. We are your recommendation engine.”

Eschewing venture capital funding has helped First Media thrive with this model when other platform-focused publishers like LittleThings flamed out more than a year ago, Rechter said. While VC-backed publishers might sign multimillion dollar deals with little profit in order to grow revenue and justify their valuations, First Media always focused on profitability in addition to growth.

“In order to justify their crazy valuations, publishers have to create deals that have a high top line, but sacrifice their bottom line,” Rechter said.

Although the company took a hit with Facebook algorithm changes last year, its cable revenue stream provided enough stability to weather the change – and it emerged from the storm stronger, with less competition to boot. Now its nonbranded content videos bring in money from Facebook via revenue share.

“One of our organic videos with no brand integration made north of $700,000 in Q4” from Facebook’s mid-roll video ad placements, Rechter said.

The sausage-making of branded content for publishers usually goes something like this: Publishers look at their top-performing organic content and try to replicate what works best for their audience in their work for brands. They pay close attention to the first few seconds of a video and test multiple creatives. Then they distribute it to their followers, deploying a mix of organic and paid tactics.

First Media combines the art and science of content creation and distribution in a simple formula: The effective cost-per-click is a function of the ad creative. A better branded video means more people see the ad, take an action and ultimately convert.

“The better the video, the more you can drive people through the funnel,” Rechter said.

Since it’s so confident in its ability to drive actions with its videos, it will price campaigns for performance marketers that way. If they have a $20 cost per action, First Media will analyze whether it can meet that mark and use organic and paid marketing to meet its goal.

First Media can optimize further if marketers share more data, such as who actually used an app, instead of just downloading it.

That’s how First Media worked with the app K Health. The startup uses AI to diagnose patients based on symptoms they present, and it wanted users to use the app, not just download it. Its campaign with First Media reduced customer acquisition costs by 75% and delivered high-quality users, in part by using the Facebook SDK to optimize toward users who had reached the “symptom checker” part of the app.

First Media also provided useful insights about what worked best. Funny videos about health issues, for example, performed much better than those with a scarier tone, so it optimized away from a creative that showed a women “freaking out,” Rechter said.

First Media also helps marketers who want branding initiatives that emphasize reach and completion. And it can combine tactics, such as paying to show a lower-funnel video to viewers who complete most of an organic video with a softer brand message.

As the company forges ahead, Rechter acknowledges that it’s a difficult path. Most crossover companies crash and burn when they move to a different medium.

“Everyone’s grass looks greener,” Rechter said. “Of the players that have made attempts, 95% of them have failed. It’s a different viewing pattern, customer and expectation. The way you watch on Facebook is very different.”