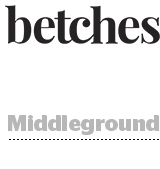 Millennial females in search of a humor fix gravitate toward Betches.

A trio of college friends started a blog in 2011 and have since grown Betches into a revenue-diversified media brand fueled by branded content, a thriving ecommerce site, a cable TV deal and three books. And it focused on multiple revenue streams long before larger brands saw the power in diversification.

“We are in a unique space between influencer and media brand,” co-founder and COO Samantha Fishbein said. “We are bigger than a typical influencer but smaller than typical media brands.”

Last year more than 200 brands worked on branded content with Betches, which employs a lean 15 staffers.

Because Betches publishes content with its own voice, it can translate a brand’s message into a meme or video clip that’s edgier or more opinionated than the brand could be if it produced the ad itself.

“A lot of partners come to us because we can speak to their audience in a way their brands can’t,” said co-founder and Chief Content Officer Jordana Abraham. “They have a slightly more conservative audience, but a millennial female target that doesn’t want to be spoken to in the same language.”

Only recently have brands started to trust how Betches creates content.

“In the beginning, companies just wanted to put an ad on your Instagram,” Abraham said.

“They realized it wasn’t effective and started coming to us to design the ads in a way that resonates with our audience and didn’t feel like a blatant ad,” Abraham said.

Betches doesn’t spend much time hunting down advertisers. Most of its work focuses on meeting inbound demand, according to Fishbein.

While other brands speak more broadly to the millennial audience, Betches isn’t watering down its voice to appeal to more of its demographic. Instead, it’s expanding by adapting its humor for different platforms: podcasts, TV, video, books, social media and T-shirts.

Advertising contributes the bulk of revenue, accounting for the remaining 80%.

Using social media to distribute branded posts factors prominently in its advertising offering, in line with Betches’ status as an influencer-publisher. Betches established an early presence on Instagram, where it counts 6.2 million followers and runs many of its brand partnerships.

The next big thing is podcasts, where it’s expanding content production ahead of the format’s content boom.

Betches plans to grow to nine podcasts by the end of the year. The flagship podcast, “Betch Slapped,” features the founders. Recaps of “The Bachelor” (“The Betchelor”), a dating podcast (“U Up”), news (“Betches Sup”) and wellness (“Diet Starts Tomorrow”) round out the rest of the seven in production.

Podcasting enables Betches to have a direct relationship with its audience, another reason why it’s focusing efforts on growing its audio footprint.

“You want to own your own platform and have your audience come directly to you, after you,” Fishbein said, referencing how Facebook’s algorithm changes harmed media properties. “We are well on our way into thinking about ways to get people to go directly to us.”

Like many other publishers, it’s expanding into TV, yet another way of diversifying revenue. Comedy Central picked up an animated series from Betches this year described as a “female ‘South Park.’”

Betches doesn’t consider other millennial-focused publishers, like Refinery29 or PopSugar, as the competition. Instead, it’s competing for attention – one reason it wants to expand into more places where it can reach the same audience at different points of their day.

That strategy is working. Betches has 200% more social media followers than it did in January 2017. Revenue is up 30% this year.

When small, popular brands start to hit it big, some take on investors to supercharge their growth. But Betches doesn’t plan on joining the VC-backed publisher party.

“We have considered it,” Fishbein said.

But taking on an investor would only pressure them to grow.

“We run our company very leanly and produce as much great content as companies that have much more capital behind them,” Fishbein said. “We don’t want to give up a piece unless what we get is strategically advantageous to us. The answer we have always arrived at is, we don’t need it.”