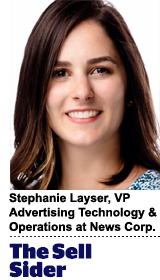 On an overcast day in April at Google’s New York headquarters, the tech giant’s product managers presented their vision for the latest innovation in Google’s dominance of the digital advertising ecosystem: unified pricing.

The publishers and programmatic specialists in the room, including me, had heard many presentations over the years from Google’s ad tech team, most of them announcing advances that benefited Google and publishers.

But this time was different. Almost everyone in attendance was concerned about the lack of information and some clear product gaps. And now, nearly three months and innumerable discussions later with Google, publishers, supply-side platforms (SSPs), demand-side platforms (DSPs) and agencies, the ultimate question still remains: Is Google doing this for our industry or is it doing this for itself?

I’ve been in publisher-side ad tech for nine years. I’ve played yield games in Admeld, built centralized reporting in Excel spreadsheets, prodded Rubicon, Index Exchange and PubMatic for clarifications on their auction dynamics and reporting APIs, and I have told executives 30 years my senior that programmatic made sense. It is not a race to the bottom, it is not cheap CPMs: It is automation for efficiency for both buyers and sellers, but with publishers controlling the pricing and access to their inventory.

Did they often push me right over budget and get me my quarterly bonus? Many times.

They also limited my control. They limited what I could do in our systems to insure we made more money. They also spurred more questions. Is it truly fair that Google can cherry-pick the inventory it wants over our other SSPs?

Even though the changes were unsettling and seemed unfair, I needed Google just as it needed me. The network effect of its AdWords demand hosted exclusively on AdX kept me hooked. I worked on a programmatic team, and we always talked about the “dream” of getting all your SSPs competing on a price basis, increasing competition and making more money.

It wasn’t exactly the “dream” but it was as close as we could get. Google still got last look at our inventory. And its growth continued to accelerate. But we could test out ways to make more revenue and overall, our SSPs did better, and Google paid more for the impressions it wanted. Header bidding made things tricky for Google – advertising decisions were made somewhere outside of its product functionality. It lost some control, and it didn’t like that.

A shift in control

Recent blog posts and interviews with Google execs would lead one to believe that publishers are now largely happy with these changes. But that’s not what many publishers are saying in private. Behind closed doors, there’s a lot of anxiety about the long-term effects of a product that hasn’t even fully launched. It is true that Google has made many changes over the past nine years that seem positive for publishers in the short term. But the cumulative impact of these changes has been at the expense of publishers and to the advantage of Google.

Some of the current changes made by Google seem to shift control off the publisher and back to Google. I heard from product managers that this “technically” made it yield optimal, where the set-up automatically helps generate the highest yield possible. But publishers don’t always make decisions that are yield optimal – sometimes they make decisions for long-term strategic reasons or for other revenue streams outside of digital advertising.

I also heard that limiting our control of the rules we could set up would make the programmatic ecosystem fairer. I agree that moving to first-price auctions makes things fairer – but what doesn’t make the programmatic ecosystem fairer is tying multiple products together in order to say, “Our unified auction is the only auction you can participate in if you want to take advantage of all the demand in the market.”

The tie of Google Ads demand to AdX and AdX to DoubleClick for Publishers (DFP) on the sell side is a huge reason publishers stay on Google Ad Manager. Other SSPs input their own real-time pricing for competition via header bidding, so if you were to switch ad servers, Google would not give you the same functionality that its competitors have to build. The ad server gives control over your inventory. Google Ad Manager data feeds its products and informs its auction dynamics.

Similarly, on the buy side, the tie of DV360 technology to YouTube inventory is a huge reason for buyers to use DV360. By not opening additional DSPs Google actually sacrifices demand on its own content (well, users’ content – it is actually sacrificing users’ profits) in order to ensure that every single buyer has a DV360 seat to access the internet’s largest pool of video supply. DV360 data feeds Google’s products and informs its auction dynamics.

In the shakeout to a true unified auction and programmatic ecosystem, the ad tech partner that publishers choose to use for their server-to-server and programmatic guaranteed solution will probably naturally become where their inventory is accessed. If all publishers’ SSPs are set up side by side, accessing the same inventory, only the lowest-fee SSP would survive.

So if you use Exchange Bidding in Google Ad Manager, and certain features and information like minimum bid to win and bid translation service are just available in real time in AdX and Exchange Bidding, I can see buyers naturally shifting budget to those channels. Since Exchange Bidding SSPs pay a fee to Google, the cheaper route to the same inventory is AdX.

Don’t forget that Google owns one of the largest DSPs in the market and can shift dollars to whatever SSP it sees fit. If the government regulation heat gets too hot, maybe Google just gifts some dollars over to their competing SSPs until it cools off.

This begs another question: Are publishers comfortable with Google controlling the only advertising auction on the internet?

Do publishers trust that the Google Ad Manager will run a fair auction that doesn’t bias its own in-house demand from Google Ads? Keep in mind that 86% of Alphabet’s profits come from Google’s ad business.

I am often critical of people who challenge but do not give tactical solutions. In a perfect world, I believe DFP and AdX should be two separate products, built as standalone businesses so one cannot influence the other. Google products’ interoperability should be deeply examined by a third party for bias on its own demand.

A first step, relatively easy for Google, would be to contribute AdX to Prebid.org, the industry-regulated header bidding solution and first-price auction. Features like minimum bid to win should also be built into an adapter for Prebid.

It needs to prove that it is part of this industry and not above it if Google wants to prove that it is fair. And then during the shakeout toward the true unified auction, every player has a shot to compete, and publishers will go with the best product out there, from the company they are sure has their best interests in mind.