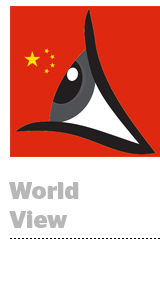 “There is definitely a growing concern among advertisers here about wasted media budget and the transparency of their media buying,” said Martin Zhang, CEO and founder of Shanghai-based verification firm Adbug.

Members include publishers like Tencent, advertisers such as P&G and Unilever, agencies and ad tech companies, including Sizmek, fraud detection company RTB Asia and iPinyou, a DSP in Beijing.

Although the basic concept of viewability is pretty much the same anywhere in the world, the IAB rules will have to be modified to suit the particular needs of the China market, said Adbug EVP Summer Han.

If viewability detection is going to work in these “technically ‘closed’” publisher environments, the members of the group will have to compromise, Fan said.

The way ads are bought in China also presents a challenge to the creation of viewability standards, Han said.

“In China, there are still many companies buying on a CPD, or cost-per-day, basis,” she said. “And from our past experience, the viewability rate in those cases can be as low as 2%.”

When advertisers buy on a CPD model, they’re doing so because a publisher has said its site receives a certain amount of traffic overall. And that motivates publishers to buy as much traffic as they can, which is a short hop, skip and jump away from the fraud problem.

There isn’t all that much incentive for a publisher to integrate with a third-party verification partner if the only result will be an unmasking of their metrics.

“In China, viewability and fraud are very connected,” Han said. “And that’s what we’re also trying to address in the group.”

Food safety is a really big one, though. In 2008, an enormous scandal erupted in China involving milk and baby formula being cut with a chemical called melamine. Anyone who could afford it began buying their formula overseas.

“There is a lot of content that includes the Chinese word for that chemical,” Han said. “It might be mentioned in just one sentence, but brands don’t want their ads for baby formula anywhere near it.”

For the moment, the working group is still in the information collection, fact-finding and discussion phase. There is no specific deadline set for when the standards will be ready for public consumption, and “most members feel that this matter is important but not urgent,” Fan said, and that it’s “better moving forward with a lot of caution” to make sure they get it right.

But the group will have to take an extra step that its Western counterparts didn’t have to consider: approval by the Chinese government, whose blessing is required before any standard is considered official.

MMA China is itself a member of another industry association in China whose name translates to “China Digital Marketing Service Industry Alliance,” which is well-versed in liaising with government entities. A draft of the standard will be sent to Gongxinbu, China’s Ministry of Industry and Information Technology.

Government approvals aside, however, Zhang envisions an accelerated timeline. Large international brands are driving the conversation.

“For one, this is an international movement led by the US and global advertisers like P&G and Unilever that are asking agencies and publishers in China about viewability measurement and third-party vendors,” Zhang said. “And we also have existing guidelines from the IAB and the MRC to lead us. We just need to figure out what fits for China and have advertisers and publishers agree on it.”

The buy side is all-in. But are publishers in China really ready to sell on viewability? The jury is still out, said Sammi Gong, China country manager at MMA China, but the ball is rolling all the time.

“This is a whole new market, and I can’t say if we’re truly ready or not,” she said. “But the fact is that it’s happening right now.”