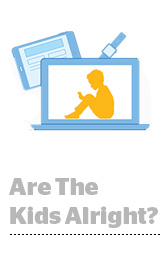 The workshop explored whether it’s time to update COPPA, one year before its 20th anniversary. Should the rule be revised, for example, to better address general audience (GA) sites and online services like YouTube that aren’t traditionally child directed, but have tons of kid users?

The law was last amended in 2013 when the FTC added persistent identifiers, including cookies and IP addresses, to the definition of personal information. From that point on, behavioral advertising that relies on personal identifiers were covered under COPPA.

The FTC’s historic $170 million settlement with YouTube in September, when the video platform allegedly collected children’s personal information without their parents’ consent, showed how the commission increasingly scrutinizes GA services used by kids.

It’s a misconception that COPPA outlaws targeting children with advertising. It simply imposes certain requirements, particularly the need to get verifiable parental consent for data collection, on the operators of websites or online services directed at children under 13.

An exception to that requirement was added in 2013 for activities that support “internal operations,” including contextual advertising, frequency capping, legal compliance, site analysis and network communications.

But some publishers, particularly YouTubers, worry that without behavioral advertising, they won’t have enough revenue to operate.

“A loss of [behavioral advertising] would require us and every other YouTuber in a similar position to change our entire business model,” said Harry Jho, CEO and co-founder of Sockeye Media, which produces educational content for children.

While Sockeye has diversified revenue sources, behavioral advertising on YouTube constitutes the lion’s share of its revenue.

And the hits are also coming from another tech giant: Apple, which has prohibited behavioral advertising for apps submitted to the kids category. Over the summer, Apple said it’s going to start restricting kids apps from including third-party advertising or analytics.

Policies from Apple combined with COPPA enforcement could have a chilling effect on the creation of free kids content.

Independent apps in the preschool space have largely disappeared over the last five or six years thanks to policy changes in the App Store, Jho said.

“You could see something similar happen with YouTube,” he said. “There is an effect.”

Some academic studies assert that removing cookies from bid requests would be devastating to the publisher’s bottom line, while one study says the revenue benefit from cookied impressions is negligible.

According to Kate O’Loughlin, COO for North America at kid tech company SuperAwesome, the CPMs the company sees for contextual aren’t significantly cheaper than what others get for behavioral.

Privacy researcher Jonathan Mayer, an assistant professor at Princeton University, called on the FTC to conduct its own independent research. The other studies that get bandied about have “serious mechanical issues,” he said, “and I would say that about the work that finds behavioral advertising is quite valuable and the work that says behavioral advertising is not so valuable.”

The fact that people spend so much money on behavioral advertising and “we’re still really not super sure quite how necessary this stuff is – it’s a little weird,” Mayer said.

But many lawmakers and privacy advocates dislike focusing the COPPA conversation on balancing the need for protecting children online with the needs of businesses.

A bipartisan group of senators wrote a letter last week calling on the FTC not to take any steps that would weaken the existing rules under COPPA, and privacy advocates are urging the same.

“We’re not here to do a balancing act,” said Katharina Kopp, deputy director and director for policy at the Center for Digital Democracy. “COPPA exists because children are vulnerable, and we should not sit here now and decide what are the negative effects on business.”

Then again, publishers need to monetize their content for kids, and if they can’t afford to produce it, that content will cease to exist, said Julia Tama, a partner in the privacy and data security practice at Venable LLP.