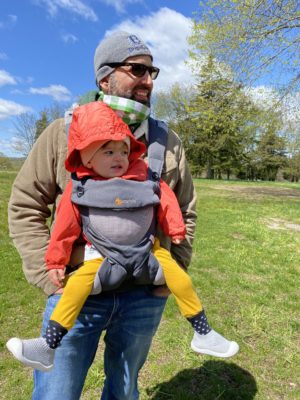 BrightLine co-founder Rob Aksman is living the dream from his in-laws’ basement.

“We have a 2-year-old, and with daycare canceled and a small New York City apartment, it was becoming untenable for us to get any work done,” he says. “We were defaulting to a little too much television, a little too much Disney Plus for the guy.”

However, Rob’s other child – BrightLine – is a young adult at 17. BrightLine began as a consultancy and became a tech company in 2012, developing interactive ads for TV. And with the natural growth of digital delivery and the acceleration of streaming thanks to That From Which We Cannot Get Away, the opportunity is here.

In this episode of Social Distancing With Friends, Rob talks about the evolving face of TV and frustrations with the slow pace of change. Rob also gives some tips on founding and nurturing a company – and the things he knows now that he wishes he knew when he was first getting started.