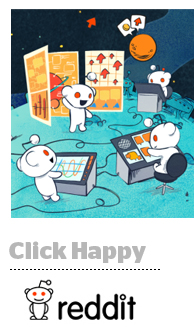 On Wednesday, the self-described front page of the internet launched the ability for direct response advertisers to buy any of its inventory across desktop, mobile web and app on a cost-per-click (CPC) basis.

Until now, advertisers could purchase ads on a CPM model – or cost per view for video – which was fine for branding objectives.

But Reddit, which has around 330 million monthly active users, noticed that performance advertisers on the platform were looking to set more DR-focused KPIs, like conversions or traffic goals. They just didn’t have the right bid types at their disposal.

Beyond opening up more inventory to a new set of advertising objectives, the introduction of CPC bidding is an “inflection point” for Reddit’s overall advertising business, said Zubair Jandali, the company’s VP of sales, because it represents another step in the maturation of Reddit’s ad offering.

It’s also “an example of how we are listening to advertiser feedback,” said Shariq Rizvi, who joined Reddit as VP of ads products and engineering in December. Rizvi spent four years at the helm of Twitter’s performance ads business between 2012 and 2016.

Reddit beta tested CPC bidding with more than 50 of its advertisers, including Wayfair, job search marketplace Hired and mobile gaming company Kabam. The tests yielded up to 50% better ROI when performance advertisers bid using cost per click, according to Reddit.

Ad monetization has been a top priority for Reddit since the 2015 launch of its self-serve ad platform, followed shortly by the rollout of interest-based targeting, autoplay ads, in-app native ads for iOS and Android and video ads.

Reddit plans to release more performance-focused tools throughout the year, starting with functionality to optimize ad placement based on maximizing ROI, quality and relevance, Rizvi said.

But one initiative that’s still not on the immediate agenda is programmatic access, although it’s something Rizvi said Reddit “keeps evaluating internally.”

“Reddit has a strong history of protecting user privacy,” he said. “That is the guardrail we use to look at programmatic.”

Reddit has similar guardrails to ensure ads on the platform provide some value, Jandali said, such as access to new, relevant information or a springboard for an interesting conversation. Otherwise, Reddit users can smell brand gimmicks and opportunism a mile away – but it’s not true to say that the people of Reddit are categorically opposed to advertising.

“In my experience, it’s not that Redditors don’t like ads, it’s that they don’t like bad ads,” Jandali said. “On our platform, that means ads that are irrelevant to the community in question and tone deaf in what they convey. But when a brand comes correct – when they know how to engage and who to engage with – we tend to see that Reddit performs on par or better than much of the rest of the market.”