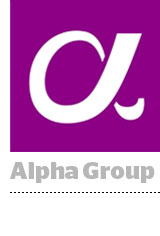 It’s a tough time for all publishers, and local publishers especially.

To combat those challenges, Advance Local – part of the same media company that owns local pubs like NJ.com and NOLA.com – created a tech incubator in 2015 called Alpha Group, to come up with the next big idea.

Founded by one of its employees, Mike Donoghue, Alpha Group has since launched four products to accommodate the changing ways people find and consume online media.

Two products – the Elsewhere app and Pigeon – are designed to capitalize on consumers’ hunger for memes. The Elsewhere app is a video meme creator, while Pigeon lets users vote on the best content – often memes – via a Facebook Messenger chatbot.

The Tylt is a social polling site that explains two points of view on polarizing topics – such as, “Should the United States make English its official language?” – and asks people to vote.

The most recent incubator addition, Project Text, asks readers to pay for text updates from their favorite media personalities.

Alpha Group has the autonomy it needs to nurture new ideas, since its team of 35 people iterates products in an office separate from the parent organization (which employs 12,000 people across Advance Publications). Only Donoghue reports to the mothership.

“We want to solve big problems for consumers and clients, not organizational opportunities [for the parent company],” Donoghue said.

Who pays for it all?

Without venture capital funding, Alpha Group isn’t held to unicorn-like growth projections. But it also needs to pay its own way. Part of its mission is to create new revenue streams, or at least enough to support the products themselves.

Advertising, sponsored content, subscription revenue and ecommerce are all part of the plan to make these projects self-sufficient companies. The apps and products are media-adjacent, so Alpha Group wants to monetize them like other media companies.

But there’s room for experimentation. The video meme editor Elsewhere, for example, created an ecommerce shop with T-shirts and other merchandise sold to the 150,000 people who downloaded the app. (Another 50,000 are waiting for the Android version.)

Eventually, Elsewhere wants to help advertisers reach its young, male audience. But Donoghue is treading carefully over the right approach to branded memes or content for its audience. “They know when something is fake or inauthentic,” Donoghue said.

The Tylt attracts a scaled audience of millennials, netting 40 million unique users a month, according to internal data. Despite its size, The Tylt will not run programmatic advertising. “We’re not foisting banner ads on people because it wouldn’t perform well with our audience,” Donoghue said.

He anticipates a future where brands become part of the social conversation, where brands can buy polling insights to measure sentiment on a particular topic.

These nascent revenue streams are already delivering value for Advance Local. The Tylt’s platform is now used by Advance Local’s news organizations. “Any of the newsrooms can create customer polls – we facilitate the tech for them to use The Tylt,” Donoghue said.

As Alpha Group develops its projects, it also sometimes has to pivot. Elsewhere’s success as video editing software came about when a couple of “brilliant culturalists” Alpha Group hired thought the product would be interesting to gaming fans who were creating content for Reddit, Discord and Twitch.

“When we pivoted toward this huge community, the product took off,” Donoghue said. They created 350,000 videos last year, and most users spend over 10 minutes per session in the app.

A year from now, Donoghue wants to make progress toward “totally self-sustaining” products – and to ensure competition doesn’t follow in the wake of its successful meme and quiz products. “We have to build a moat around these businesses,” he said.

Story has been updated with new user and host numbers provided by Alpha Group.