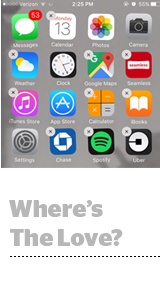 But for devs that monetize mainly through ads, there’s an inherent tension between their retention and re-engagement efforts and the bottom line. They make the bulk of their money through a means that could easily turn off the users they’re trying to retain.

“Users are annoyed by too many irrelevant ads, even though in-app advertising is a major revenue stream and expected to grow,” said Shani Rosenfelder, head of content and mobile insights at AppsFlyer.

Which is why developers need to determine their KPIs and figure out what their highest-revenue users look like early on in the process, said YouAppi CEO Moshe Vaknin.

“Then focus their retention and user acquisition efforts on similar users based on cohorts, interests and demographics,” he said.

If they don’t, they’re burning cash. Developers pay through the nose to acquire users – generally between $3 and $4 a pop depending on the season and operating system – but only a fraction stick around after the first week.

Around 10% to 12% of users remain active seven days after first downloading an app, according to research released Tuesday by AppsFlyer. After 30 days, only 4% to 5% of that group is still engaging with the app.

“Users are different, and with machine-learning technologies it’s pretty easy to segment your users into cohorts and target them effectively at scale,” Vaknin said.

YouAppi rolled out a tool on Tuesday that models the behavior of high-value users to help create segments of inactive users for re-engagement campaigns.

But devs are generally “not granular enough” with their targeting, said Alexandre Pham, director of platform solutions at AppLift. That has a lot to do with not defining their KPIs early on.

“The more developers understand about their users, the more they’ll understand that no user is the same,” Pham said. “With granular segmentation, their re-engagement strategy will be able to dynamically cater ads to their users and thus improve the overall user experience.”

Timing is also hugely important. Retargeting users with airline ads after their travel date, for example: no bueno. “Ads needs to be related to the actions,” Pham said.

Analyzing post-install events, such as a purchase, subscription, level completion, checkout or video view, provides insight into the timing and sequence of messages that will result in optimal retention, Vaknin said.

“It’s like dating: You call or send chocolate too quickly and you look desperate or aggressive, but if you wait too long or play hard to get, you lose,” he said. “It’s different for everyone. You need to understand your high-value users and know when and how to engage them in order to get them to commit to the relationship.”

But app marketers themselves often don’t commit – with budgets. Many neglect to set aside a percentage of their user acquisition budget for re-engagement, Vaknin said.

“The adage about it being less expensive to retain an existing customer than to generate a new one is also true for in-app user acquisition,” he said.

While bringing inactive users back into the fold is more cost-effective than constant user acquisition campaigns, there’s also something to be said for keeping the active whales happy, said Undertone co-founder Eric Franchi.