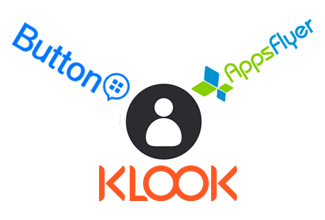 Affiliate marketing is one of the top sources of revenue for online travel and activities booking platform Klook, in good times and … not such good times.

It’s been dark days for travel marketers during the health crisis. Delta, for example, recently told investors it expects revenue to decline 90% in the second quarter.

But there’s still an opportunity to support travel brands and forge new partnerships using the affiliate channel as the economy reopens and people begin to consider domestic outings closer to home, said Motty Sasson, senior director of partnerships at Klook, which offers a service akin to Viator or the attractions section of Booking.com.

“These brands know they need to offer more things to do, and affiliate partnerships can add additional revenue streams for them,” said Sasson, noting that business is slowly starting to pick back up as social restrictions lift in parts of Asia, including China, Hong Kong, Korea and Taiwan.

“There was a time when all anybody cared about was looking at installs as the metric of success,” Jaconi said. “But really, the conversion path is what matters.”

On Tuesday, Button announced a partnership with AppsFlyer that integrates Button data into the AppsFlyer dashboard so marketers can see all of their attribution data in one spot, including taps, clicks, install rate, order value, lifetime value and return on ad spend.

Klook already uses AppsFlyer as its mobile measurement partner. Layering in Button data enables Klook, which generates more than 75% of its conversions via mobile (a combination of web and app), to tell its affiliates exactly where users are coming from and the actions they took along the way.

“It’s about further optimizing performance, which benefits us and our affiliate partners,” Sasson said.

Getting a better sense of how affiliate is performing in the mobile channel is especially important in light of the precarious economic situation, Jaconi said. Marketers need the confidence to spend smart, and they need to spend lean.

Although the pandemic is doing a number on the travel sector, Klook is actually seeing an uptick in the number of requests it’s receiving from companies looking for strategic partners getting ready for the rebound.

“Companies understand that the market is shifting toward domestic travel and leisure as the first phase and are adapting to that by including ‘things to do’ as part of their offering, and that is where we come into play,” Sasson said.

That same shift is being reflected in Klook’s own marketing, which now centers on virtual experiences and local excursions, often outside of large urban centers. Klook is still spending on marketing and running tests, but as always, it keeps a sharp eye on measuring returns, regardless of the situation, Sasson said.

Even so, the belt has been tightened.

Although Klook has some level of financial cushion – it raised $225 million in Series D funding last year led by SoftBank – the company instituted layoffs and furloughs in late April affecting 10-20% of its roughly 1,700 employees. All of the company’s co-founders are forgoing their salaries for the duration of the crisis, and the leadership team took voluntary pay cuts.