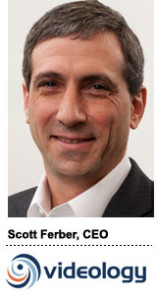 Videology revealed Wednesday that it received an $80 million credit facility from lending and payment services provider FastPay and Tennenbaum Capital.

Since its founding a decade ago, Videology has raised about $121 million in capital financing, but at this advanced stage in the company’s lifecycle, it didn’t necessarily make sense to raise another round of costly VC capital, said Videology CEO Scott Ferber.

“We went after an $80 million credit facility because we see more opportunity to do for our linear TV clients what we did with digital – which is to make [transactions] more fluid,” said Ferber, noting that a credit facility will provide Videology more liquidity with which to expand its advanced TV business globally.

Because FastPay has a history of developing relationships and processes in collaboration with digital publishers, “we thought it’d be an opportunity to work with them in a similar way with linear publishers and broadcasters,” he said.  “Both of us have this vision that the media space is much bigger than just digital alone and convergence with TV is very real.”

FastPay traditionally provided credit lines to digital media companies and ad networks to pay down their media costs while awaiting payment from agencies or buyers.

But like the vendors it services, its client roster has undergone an evolution.

As more traditional formats like television and audio are transacted programmatically, FastPay has seized the opportunity to service video platforms like Videology, Simon said.

For instance, FastPay recently arranged a $15 million credit facility for YouTube multichannel network Fullscreen to help facilitate payments from agencies as the network works to grow its base of content creators.

In addition to the loan, Videology is also tapping a new tool from FastPay called FastPay Complete that enables digital media companies to manage their working capital in one platform.