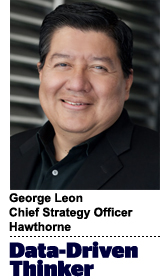 The fall is a huge time for sports. There’s the World Series, weekend football games, the beginning of the grueling NBA and NHL seasons and NASCAR winding to a close. Sports fans dedicate significant amounts of time to watching sports – on many different devices and channels – and brands are taking advantage of the many opportunities that affords.

Across the media landscape, inventory pricing is increasing but advertising budgets are not. As interest in sports sponsorships and integrations rise, agencies must find the right ways to evaluate these opportunities. Brands must apply the same path of attribution here as they do with their other advertising efforts.

The World Series is a high-profile event with major teams. Last year, it was the Dodgers and the Red Sox, two top five market teams. The series ended in five games, and advertisers were disappointed it didn’t go through the full seven because the campaigns did so well. This year, networks and advertisers continue to hope for a competitive World Series between the Houston Astros and Washington Nationals that continues through all seven games.

The Super Bowl, in contrast, is a singular cultural event that is difficult to measure from a KPI standpoint, but it is high in consideration in terms of interest, earned media and social mentions.

Over the past few years, the sports media universe has expanded dramatically. There are the mainstream networks, such as NBC, and cable networks, such as ESPN and Fox Sports, as well as an increase in conference-specific networks, including the Southeastern Conference Network, Big 10 Network and ACC Network. These networks open up sponsorship and integration opportunities that enable brands to deliver direct messages to particular regions and consumer segments. The evolution of these networks has added incremental opportunities for advertising and revenue, and brands of all sizes are taking note.

Whatever the network, attribution and accountability are key. For example, a big NASCAR sponsor will likely see a major increase in site traffic whenever there is a mention of its brand on TV during NASCAR races. This type of lucrative advertising avenue requires that it is measurable. It’s important to align sports sponsorships and integrations with results, such as branded impressions and ecommerce sales lifts.

There are several companies that look at the impression-level performance of sponsorships and integrations, but brands need to go beyond that and evaluate the value of particular campaigns. Often when sponsorship packages are offered by Fox Sports, NBC or ESPN, a big focus is on the creative element and the impressions for the events. However, there may not be any mechanism to measure the value of each element of a sponsorship or integration and their impact on brand metrics.

With attribution methodology, a very straight and clear correlation between when a brand’s logo appears and the impact on visits and acquisitions can be seen if rigorously measured.

Say a company buys branded signage at a televised event. The proposal is then evaluated based on the channel, the number of times the signage could be seen on screen and the mentions within that. It’s also considered if there is a different value depending on whether the logo is on the bottom of the screen, part of the background or part of the signage of the particular medium. If you look at any arena or hockey game, there are at least eight to 10 different brand logos. How frequently and for how long do those images appear onscreen? What is their prominence?

During the campaign, not only is the date and time in which the logos appear onscreen evaluated, but also the data and airtime of the advertising response. Brands should be able to understand how consumers react to these types of sponsorships and integration. How do they behave after seeing it? What’s the immediate or latent response?

We know they are not going to have the same audience delivery or measurements as a TV ad campaign, but often sponsorship and integration campaigns are seen only as a branded awareness configuration. Brands should also start considering them an acquisition and consumer response channel. It’s not just about the audience – it’s also about consumer engagement.

Now that sports season is in full swing, there’s no better time for brands to explore sports sponsorship and integration opportunities and how they can be evaluated for impact.