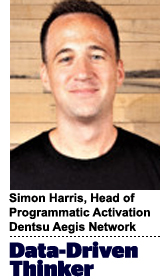 Header bidding has made it common for a buyer to see the same impression several times, as most publishers now offer a single impression through multiple supply-side platforms (SSP) to boost yield. This raises an important question for buyers: Which is the best exchange to buy through? Consequently, supply-side optimization (SPO) has become a hot topic within programmatic over the last 18 months.

SPO for buyers historically has meant the internal logic used by their demand-side platform (DSP) to decide through which SSP they will buy a specific impression. Each DSP has developed its own strategy for SPO. A platform will typically look at bid requests and win rate patterns by site across a range of variables, including placement, format and location, looking for instances where an SSP might be using tactics that are not beneficial for the buyer. Some alter bidding behavior accordingly, while others will switch exchanges off entirely for a given publisher.

On its face this seems positive, but there have been significant concerns raised from the buy side about the objectivity of these SSP algorithms and their black-box nature, especially in instances where the platform earns a fee on both the buy and sell sides. Because of this and other factors, buyers are increasingly conducting their own SPO.

One such factor is advertising fraud, which, unfortunately, has been in the press again this week.

To significantly mitigate fraud as part of their SPO initiatives, buyers increasingly use a combination of whitelists, exchange filtering and presence of an Ads.txt file. Many buyers have now reduced the number of exchanges they trade through by half as they look to work only with well-lit known parties, rather than listen to the bid stream of every exchange with which a DSP is integrated.

As an example of how effective these three variables can be when used alongside algorithmic SPO, Integral Ad Science found that in the first half of 2018, campaigns that were not optimized for ad fraud had 14.3% of impressions that were fraudulent. Through effective SPO, however, it is possible to reduce this down to less than 0.2%. Beyond this, smart buyers are also now only trading through platforms and/or exchanges that offer refunds when invalid traffic is inadvertently purchased. This allows us to effectively reduce the cost of advertising fraud schemes like 3ve to zero.

Many enterprise-level DSPs now have the option to target Ads.txt-authorized inventory, and it is likely that by the end of Q1 2019, multiple enterprise-level DSPs will offer targeting by seller type (direct and reseller). Increasingly, SPO will be powered by agencies defining which sellers they wish to bid through, potentially cutting out resellers who offer low levels of perceived value.

It is worth remembering that SPO isn’t just done on the demand side – it is also conducted on the sell side. Up to 90% of their costs are born out of sending bid requests, and ultimately while header bidding has meant better monetization for publishers, with all things remaining equal, it has also led to lower win rates for exchanges. Consequently, they seek to maximize win rates by understanding the shape of a DSP’s demand and optimizing the supply they can offer to reduce their costs. It is likely in the near future the SPO initiatives amongst advanced buyers will lead them to work more closely with fewer exchanges, with conversations increasingly centered on take rates and, importantly, the percentage of the bid stream of Ads.txt-compliant impressions an exchange exposes them to.

Looking further down the line, it is likely that businesses that straddle the buy and sell sides, such as Google, Amazon and Xandr, will at some point stop charging SSP fees in instances where buyers use their DSP. To compete, the scaled independent platforms will move to SaaS/CPM pricing models, which will reduce the complexity of SPO by thinning the market, as subscale exchanges struggle to compete. But it will add in some complexity to the decisioning around choosing the most optimal path, given the move from one pricing model to multiple models, which will vary markedly by DSP.