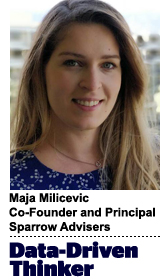 Today’s column is written by Maja Milicevic, co-founder and principal at Sparrow Advisers.

In the past decade, programmatic advertising has evolved from helping publishers sell previously unsalable remnant inventory to a technology layer that ably powers different types of audience monetization.

There is, however, some cause for concern and skepticism: Parallel to this shift in how we buy ads, there is an even bigger shift in how consumers discover, engage with and purchase goods and services.

Programmatic cannot and will not be the solution to all the issues that arise from shifting consumer habits. So what will?

As exciting as programmatic is, it tends to obscure the extent of the business transformation needed to take advantage of the shift in underlying technology.

We can see some of the effects ripple to the surface: The large media company layoffs, the “pivot to video” monetization conversations and the seemingly constant re-orgs and realignments across ad tech companies all have the same root cause.

It is an oft-seen temptation to substitute programmatic execution for a comprehensive customer data strategy. Since programmatic leverages customer data, for example, it’s common for a brand to use data for targeting without a wider customer data strategy that would address things like repetitive conquesting, mixed messages across digital channels and mistargeting. In many legacy pre-internet-era companies, this may be one of the first – if not the very first – uses of customer data outside of analytics and insights teams.

For publishers, there’s the practical consideration of ensuring they have the in-house skills to set up programmatic executions correctly, create the right commercial packages and take them to market. Most often this is done by creating a separate programmatic team that, barring a larger cross-functional data strategy, will frequently find itself in contention with other channel sellers.

As with most things in ad tech, programmatic is primarily a people and process problem that first manifests itself as a technology challenge. Without investments in all three – people, process and technology – the odds of success are low. It’s easy to underestimate the organizational shift needed to make programmatic a reality.

For consumers inundated with digital ads, the customer experience created by programmatic is usually less than ideal. As a consumer, it’s a challenge to come up with a single memorable ad. People often complain about the annoyance of those shoes you bought last week following you all over the internet and the disappointment when the airline you’ve loyally flown for years invites you to sign up for its frequent flier program, instead of messaging something more relevant and personal.

This isn’t strictly a programmatic problem, but it manifests itself as one. Consumers view all our different channels and all of their different brand interactions as a single experience. Receiving back-to-back “thank you for your platinum status” emails and “sign up for our frequent flyer program” messages is incongruous, and we won’t get the chance to explain it’s because the communications are served by different systems and teams, on different cadences and budgets.

Consumers are noticing and are increasingly choosing to opt out. EMarketer research shows that one in four internet users in the United States blocks ads.

So how to escape the ad blockers? Companies need to address the overall consumer experience. On any given day they compete for attention with everyone who consumers can access via their phones and internet.

If you are a bank, your competitors are no longer just other banks but now also hotels, ride shares, video on demand, food delivery services, direct-to-consumer brands and so on. This may require many changes, including how you talk about certain products on your owned-and-operated properties, the different advertising tactics you implement within an individual campaign and all the way down to how you structure and incentivize your teams so they can execute across channels.

Programmatic is a piece of the puzzle, not its sole solution

Finally, we should not expect programmatic to solve other systemic problems, such as organizational silos that took years – if not decades – to form.

For a publisher that must diversify revenue streams beyond advertising, programmatic is likely a significant piece of the puzzle. In practice, what often happens is that programmatic leaders are then tasked with innovating and reimagining an adjacent line of revenue. While there are many talented teams that could rise to this challenge, the very narrow and deep specialization that is needed to be successful in programmatic can hinder the development of a more robust cross-channel strategy.

On the buy side, the expansion of addressable TV and digital out-of-home, which are both transactable via programmatic, is creating a talent challenge because leaders of both legacy categories – TV and out-of-home – have not historically fostered digital skills.

I believe that programmatic is a necessary step to a better digital advertising world, but unless we’re honest and realistic about all the other work that must happen for programmatic adoption – especially at large legacy companies – I’m afraid that future looks rather bleak.