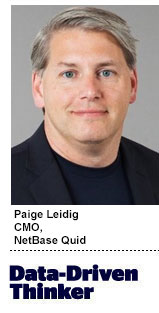 Any business that advertises online is aware of emerging trends – or, at the very least, it should be. Many businesses seek to use trends as springboards to meaningful connections with consumers. This sounds logical in our trend-driven world, but the danger of chasing a fad by mistake looms large. And it threatens to reduce a brand’s hard work to rubble. It’s like parents trying too hard with their teen’s friends. The response is equally jarring.

What’s the difference between the two? A trend is “a general development or change in a situation or in the way that people are behaving.” On the other hand, a fad is “a style, activity, or interest that is very popular for a short period of time.”

When a brand participates in a trend that resonates with its followers, it’s evolving along with changing times. For example, sustainability-based marketing started as a trendy way to relate to a small but vocal consumer base. But this movement has won global adoption, and businesses everywhere are becoming carbon neutral or even carbon negative.

A fad, on the other hand, has much less staying power. Consider the #NoMakeup fad. In a world that’s filter-obsessed, with makeup influencers growing in popularity, a cosmetics brand betting on ‘creamy naturals’ would be left behind in a world of bold looks from big names (think Kardashians).

So, how can businesses distinguish between the two for effective advertising, especially when it comes to advertising on TikTok, the king of trend-based content?

Flash in the pan versus slow boil

Trends take time. They’re the slow boil that builds momentum in spurts. Often, they’re part of the cultural zeitgeist. Although they may be novel, they make sense.

Speaking to the former, with so many people now working from home for so long, the concept of casual Fridays has morphed into a focus on “business comfort” – one that organizations now realize can have a positive impact on productivity. It’s a shift born of necessity, but it also aligns with prevailing work culture. And, after all, we know that happy employees are more productive employees.

Consider another trend that feels novel but also makes sense: wearable technology. When Google Glass was first made publicly available in 2014, the world was not ready. But just two short years later, wearable tech had cleared the early adopter hurdle and became ubiquitous. When the time was right, it clicked. Trends typically do.

Consumers talk about trends using descriptions like “something we’ve all been waiting for.” Those that follow are “early adopters” or “niche aficionados.” And there’s a community that develops around them. Although the demographics and psychographics may shift, the strength of the community’s emotional investment in the trend determines its longevity. There’s passion there.

Fads hit differently. When a fad is born, it may start off slowly, disguised as a trend. But interest spikes in a way that leaves onlookers baffled. There’s a sense of urgency around it, as consumers spend inordinate amounts of time talking about it, with a corresponding rush to join in. And there’s a rush for brands to jump in as well, as they know it may pass before they get to participate.

Take “man buns,” for instance. At a certain point in time, they were the hip hairstyle for rebellious males – and all at once they were everywhere. Celebrities couldn’t get enough of them. But they were also associated with a sense of potential immaturity and unprofessionalism, and most people (aka not celebrities) who tried sporting the bun eventually gave it up.

But probably the wildest and most well-known fad demonstrating how powerful that FOMO feeling can be is found in the Pet Rock craze that hit consumers in 1975. People paid for rocks that came with a care and training manual. The whole thing was entirely nonsensical. Yet it lasted for six months, making its creator millions. But had others tried to latch onto this fad and developed a pet stick or some other oddity, the appetite for it would likely have been nonexistent.

Today, as brands navigate trends and fads and make tough decisions about where to direct their dollars, there’s one platform where the line between the two is particularly blurry: TikTok.

Distinguishing between TikTok trends and fads

TikTok capitalized on a few prevailing trends as it rose to social media dominance. Video and short attention spans combined with an unmet need for digital distraction resulted in the 2020 TikTok explosion. It has become a hub – and home – for digital life across nearly every demographic.

However, the “trends” we see on TikTok are really just fads.

While wildly popular for a solid moment in time, most new dances, image effects and challenges fade away, only to be replaced by new ones. The typical life cycle of a TikTok fad is approximately 3-4 days.

But does this mean your brand shouldn’t hop on that next trend train as it zooms by – and potentially miss a big promotional opportunity? Certainly not. If the fad aligns with your company’s voice, try it out. But wait half a beat to examine the passion powering it and conversation surrounding it. It will help direct your efforts to something worthwhile that forms a true consumer connection.

Ultimately, your brand will want to participate in a strategic way that aligns with your mission. Don’t just wait to go viral with a random audience who will never convert. Be focused, not fad-driven.