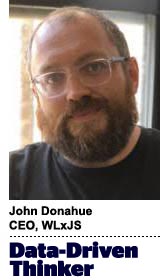 Today’s column is written by John Donahue, CEO and co-founder of WLxJS.

There’s nothing new about performance related incentives in media buying relationships between advertiser and agency. The former enjoys stretched targets and guarantees, the latter an opportunity to improve profitability as base fees and overhead recovery are squeezed.

Finding the right incentives has become increasingly complex as media trading has migrated from reserved fixed price markets, to auction based price, and in particular, the emergence of first price auctions in most biddable media.

In simpler times, media incentives focused on TV, where the money was. Agencies typically guaranteed pricing on a like-for-like basis based on prior pricing estimates in year one of a contract, and actual pricing in subsequent years. Remarkably, agencies signed up for these incentives even though many advertisers did not disclose legacy pricing until the contract was signed. That such contracts were struck speaks to remarkable market intelligence gleaned by the agencies. TV pricing was relatively easy to audit, as were inflation and changes in supply and demand.

In digital media, the notion of like-for-like is more challenging given the enormous and ever-changing variety of available units, and the all but impossible task of accurately factoring changes in demand and supply. As a consequence most “digital” incentives are created around guaranteed pricing for baskets of impressions or “cost per” metrics for anything from sales, to leads and any number of other actions including completed views.
All of these measures have issues and often don’t work in the interests of the advertiser.

Teasing out exactly what kind of impressions is hard enough. Are they viewable and brand safe (if so, how safe)? Are they valued the same on mobile or desktop or in-app or in-feed?

Completed views have their own challenges. Is the pursuit of the completed view coming at the cost of unique reach for example?

It goes on. When rewarding a sale or a lead, do you create a sophisticated way to protect the system from being gamed and correctly allocate rewards, or do you revert to an attribution methodology as simple (and clumsy) as last click?

Of course, there are other incentives around concepts like share of savings – which meant something in the days of published and meaningful rate cards. In a world of auctions, not so much.

This irrelevance has not stopped people from trying to build around share of savings.

Take bid-shading for example. As auctions have moved from second price to first price, buyers use bid-shading in exchange with traded media to estimate the difference between the price they may have been prepared to bid in a second price auction and the likely clearing price now. Bid shading is supposed to remove the risk of over-bidding because in a first price auction, there’s no way of knowing that you were only paying a small increment over the next highest bidder or the seller’s reserve price.

So far so good, assuming you don’t have a mechanism to work out the clearing price for yourself.

But it’s not so good when that delta – the maximum bid less estimated clearing price – is re-positioned as a saving to the advertiser. Because it isn’t a saving at all. Using tools to predict actual pricing is nothing new. In fact in a pre-auction world, it was at the very heart of service delivery by media buyers to their clients.

No one should be incentivized for delivering on hygiene factors. What’s more, like many other price-oriented incentive instruments, the very use of bid shading can have unintended consequences. Price is only one ingredient in the media planning and buying recipe. Sometimes, even most of the time, pacing is critical.

Self-evidently the right number of impressions at the right time contributes to delivering campaign objectives from brand awareness to site traffic and sales. It’s no different from managing call center volumes in DRTV. Bid shading can lead to an excess of caution where the fear of over-paying for the next marginal impression compromises the broader commercial imperative of accurately paced campaign delivery.

The critical aspect of designing an incentive scheme is to ensure that rewards flow from behaviors that benefit the business and not from ones that have the potential to compromise broader business objectives.