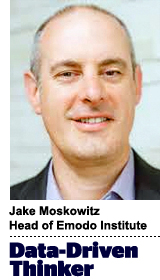 Today’s column is written by Jake Moskowitz, head of Emodo Institute and host of FIVE – The 5G Podcast for Marketers.

With the spectrum of exciting 5G claims and promises, it’s easy to understand why early 5G users expect blazing fast connections. The transition from 4G to 5G is being promoted as a monumental leap in speed and user experience.

That said, if you visit a popular webpage on your phone today, it can take anywhere from four to nine seconds (or longer) for the page to load and its ads to render. Consumers have come to expect that type of latency delay on their current mobile networks. But, here’s the rub: Even with all of the promise of high-speed, low-latency connectivity, 5G won’t do much to improve those load times.

Move from the cloud to the edge

Today’s 4G is built on a smaller number of large cell towers that are spread out and cover a wide physical space. To eliminate latency, 5G is designed differently. It uses a much more distributed model of smaller cells, so cell towers are now much closer to 5G consumers.

Programmatic vendors will need to follow the carriers’ lead and adopt distributed edge cloud computing models to optimize performance for 5G and keep up with the type of experiences consumers will expect.

Only by ensuring content and ad decisioning is housed close to the consumer can the industry ensure ad load times will keep up with 5G capabilities.

Tags weigh down ads. And, we’ve become too dependent on them.

Some ads are loaded with dozens of tags and redirects. To streamline advertising and prepare for change, some vendors are starting to move from tags to real-time pre-bid algorithms for decisioning and measurement. When you’re tagging an ad to measure viewability or fraud percentages, for example, all you’re doing is measuring the problem. When you’re enabling real-time decisioning, you can actually fix the problem before it happens – applying an algorithm, for example, to avoid impressions that are likely to be fraudulent, before they occur.

It’s definitely faster than the preceding waterfall approach to real-time bidding, but it’s overly complex and cumbersome for the 5G future. Header bidding still requires significant background activity with multiple auctions before decisions can be made and ads can be served.

Huge aggregations of data sitting on a central server a thousand miles away only work when you have seconds to load an ad. But that’s what we depend on today to do things like storing segment designations. 5G requires something faster.

To operate at 5G speeds, the ad industry will increasingly use probabilistic data, perhaps more positively referred to as machine learning or AI. In a 5G world, probabilistic data will become more robust due to the impending explosion of iOT devices, each a new potential data source. This has the capacity to move the industry’s focus toward building high-quality training data sets and algorithms, rather than the quantity of “deterministic” data.

Get familiar with new AI applications

Until recently, AI remained relatively simple in advertising. It was typically a basic algorithm that ran in the background periodically, such as deciding if a user is in the market for a car or if one publisher is performing better than another in a campaign. Today, AI is becoming an essential, albeit more complex, programmatic component that enables immediate decisioning based on metadata and inputs available in real time. More sophisticated AI is key to reducing advertising latency.

It’s in marketers’ best interest to rally for 5G readiness early. 5G will spawn more data inputs, create more accurate targeting models and enable marketers to finally realize visions of people-based marketing in the relatively near term – but only if their ad tech, data and supply vendors support it.

Generally, if slow ads and page loads persist on 5G networks, those experiences will seriously test the tolerance of 5G-connected consumers. Slowing down those highly anticipated 5G experiences with ads may send 5G users rushing to adopt ad blockers.