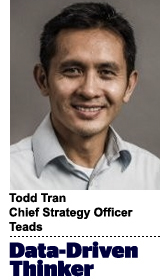 AI is driving innovation in every industry, but in advertising, it’s still a bit murky.

Brands need to understand what AI means and how it can actually impact their business. It’s time to demand more.

Like the trend toward transparency in almost everything else in the industry, we need to get rid of this black box in machine learning. The black box was created by some to jump on the bandwagon without giving away the secret sauce.

However, explaining how and why a company utilizes AI doesn’t necessarily mean they need to disclose every detail about their models in such a way that a competitor can easily copy it. Disclosing more about what a company really means when they talk about AI leads to more credibility and trust, which far outweighs the risks associated with sharing.

Some companies claim they use AI when there are simply many humans in the background doing the work. A look under the hood (if allowed) may reveal machine-learning algorithms that really are basic code with little to no machine learning. If the value is there, does it matter?

Yes, I believe it matters. If a client wants to scale a successful test, it probably cannot. If a client wants to optimize in real time or on multiple dimensions and improve its optimization every day, it probably cannot. So in the end, a successful test campaign is just that – a test campaign that doesn’t necessarily repeat or scale.

Advertisers need to differentiate good AI technology from buzzwords to continuously evolve and deliver the best experiences to consumers. At a baseline, the industry needs to create a definition of AI and what type of technology falls under that umbrella.

AI can be defined as machines that mimic cognitive functions of humans, such as learning and problem solving. However, most examples in advertising are actually machine learning, where the system ingests data and makes a prediction, such as whether an ad impression will be viewable, and then learns from results to improve predictions over time.

Scalability is another important factor in implementing AI. A test campaign using AI must be able to scale beyond a test and, if truly AI, should scale itself. If is there is a lot of human intervention, it will be tougher to scale.

Also, it’s fairly easy to optimize toward one KPI, which some consider to be machine learning but at a fairly rudimentary level, but this is often not more efficient than a human. Conversely, great AI technology can optimize toward multiple KPIs and should outperform humans exponentially.

To further understand the complexity of the algo, there is a third layer that can provide a strong indicator of sophisticated machine learning: the frequency that a given model is updated. Longer than hourly or daily is not much better than what humans can provide, and humans are notoriously slow learners.

The media industry has pushed for standard definitions for ad formats, viewability and programmatic. Why should there not be standards for AI so that everyone is speaking the same language?

It is important to create an agreed-upon framework for what we mean when we say AI and machine learning. For example, one key thing that AI must be able to do is think, predict and learn faster and more reliably than humans and handle exponentially more data than humans.

Let’s challenge the industry to create a common language. Then AI can be seen in our industry as a revolutionary tool to deliver better results more efficiently, and not just a buzzword.