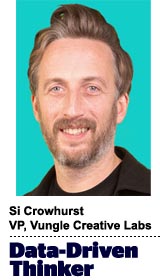 In early 2021, Apple will make its unique identifier for advertisers (IDFA) opt-in – meaning users will need to consent to being tracked for advertising – rather than opt-out. Without the ability to identify users, advertisers will struggle to target, optimize and attribute campaign performance properly, and that as a result, advertising effectiveness will suffer.

Yet, advertisers’ ROAS might be better off in the long run.

Advertisers and ad tech providers are already shifting their strategies to fit the new realities of Apple’s policy changes. One important shift is increased focus on things such as probabilistic attribution and contextual targeting. Even when we can’t determine for certain who a person is and what type of ads they might want to see, we can assume based on things such as what type of app they’re currently using and what content is being consumed within that app. But these signals alone won’t make up for the certainty that the IDFA provided.

One of the best ways to make advertising more effective in a post-IDFA world is to ensure ad creative works hand-in-hand with the contextual signals available through the app. When an ad’s creative and the context of its placement are aligned, the ad is more likely to connect with consumers on an emotional level, and as we all know, emotion drives purchasing behaviors and decision-making in general.

The marriage between ad creative and context is nothing new. Charles Schwab, for instance, runs fun, lighthearted commercials featuring a stockbroker on the golf course in ads that run during the US Open tournament, but more staid, serious commercials that run during news programming. Were these two placements to be switched, the ads would be jarringly disconnected from their placements, and their effectiveness would suffer.

This practice has yet to become commonplace in the app advertising world. In part, that’s because it’s more difficult to access and understand the contextual signals available through the publisher. But the primary reason is that the availability of a unique identifier, such as IDFA, for every individual consumer made the practice unnecessary. Advertisers knew enough about each person that they could achieve ad performance goals without having to invest in new creatives.

In the post-IDFA world, however, in-app advertisers will have to design creatives that connect emotionally with their audiences, and to do that the emotional resonance of the ad must match the feelings kindled by whatever content that person was engaging with before seeing the ad. A compatible integration of the two helps draw in and connect consumers to a brand, building brand loyalty and improving performance metrics such as click-throughs and conversion rates.

An app’s self-described category and subcategory – e.g. games, dating, music, fitness, etc. – are our first clues as to what kind of content is being consumed. But to truly understand context, we must also consider the user’s session behaviors.

Are they doing something competitive, for example, participating in a tournament or playing against an opponent? Perhaps they’re taking part in social activities, such as inviting friends to join them or sending emojis. Or maybe they’re in the act of creating something, perhaps in a city- or farm-building game, inducing feelings of ownership and pride. Once you know what kind of mechanics are driving the ad context – which impact the where, when and how of the ad placement – and what kind of emotions lie behind those mechanics, you can design ad creatives that appeal to that same in-app experience and those same emotions.

Beyond the mechanics of the app placement, advertisers must also consider the general mood of where their ad is running as well. Has the publisher created a sense of adventure and excitement, or is it more humorous and playful? Is the mood whimsical and upbeat, or dark and foreboding? Complex or minimalistic? It is important to run ad creatives that match the tone of the placement in order to deliver a cohesive, unified overall experience.

Similarly, advertisers should look at the general art style and genre of the placement. Is it cartoonish, or more lifelike? Perhaps it’s rooted in fantasy and illusion, or uses futuristic looking graphics. Does it rely on specific design genres such as anime or retro? Aligning an ad’s art style with its placement will also ensure emotional resonance between the two experiences and drive better performance.

Finally, some vendors point to other, device-based contextual signals to show that a particular user might be a good target. For instance, is the network connection strong enough to download a data-heavy gaming app? Is the  battery low, therefore indicating that a user is unlikely to engage with an ad and download a game at that moment? While these insights are useful, the most important contextual signals are the ones telling the advertiser and their tech partners what kind of ad creative to deliver within the context of the app.

Feelings, not facts, drive purchases. And creating the right combination of ad creative and ad context will lead to richer advertising experiences that truly connect with targeted audiences on an emotional level, and ensure advertiser success – even in the post-IDFA era.