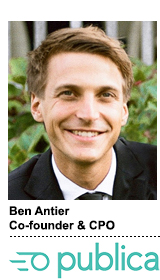 This article is sponsored by Publica.

Traditional analog TV relied upon broadcast signals such as amplitude, phase and frequency to scale in the early days of television. It was this infrastructure, coupled with programming schedules, that enabled marketers to invest in TV media for the first time in 1941.

Now, 80 years later, the TV industry is in a stronger position than ever. Yet, in many ways it is also right back where it started. As streaming replaces the traditional analog TV ecosystem, advertisers and marketers are back to the drawing board when it comes to establishing a new infrastructure and protocols for the digital world.

The rapid growth of streaming audiences over the last few years has made the lag in CTV advertising increasingly noticeable. Half of TV viewing time among adults aged 18 to 34 is now spent on streaming services, according to Roku. Yet CTV ad spend is only about 10% of linear TV ad spend.

A lack of CTV-first advertising infrastructure means there is now more high quality CTV/OTT inventory that is being left unfilled or with lower yields than what it’s worth. For streaming publishers, this represents a lost opportunity and lost revenue – all because sell-side advertising on-ramp “infrastructure” has yet to be built or widely adopted.

While advertisers tend to get the blame for failing to react to changing consumer trends, this lack of CTV-first infrastructure is at the center of the lag in CTV ad spend. Here are five key areas that publishers should focus on to begin providing the underlying infrastructure necessary for advertisers to continue to shift budgets to the CTV opportunity:

As a starting point, ensure your CTV ad server allows you to segment and activate first- and third-party data strategies. Unlike the display programmatic ecosystem, it will become increasingly difficult for CTV publishers to monetize their inventory via open marketplaces, as CTV programmatic buyers have illustrated an appetite to strike audience-based deals with OTT apps and broadcasters directly – and then harness programmatic technology to transact on them via PMPs. But audiences shouldn’t be used in place of context. Publishers should have a clearly defined strategy for how much contextual information they provide in OpenRTB streams. With a wealth of valuable information at their fingertips, buyers should be able to pay a premium to target shows more granularly. 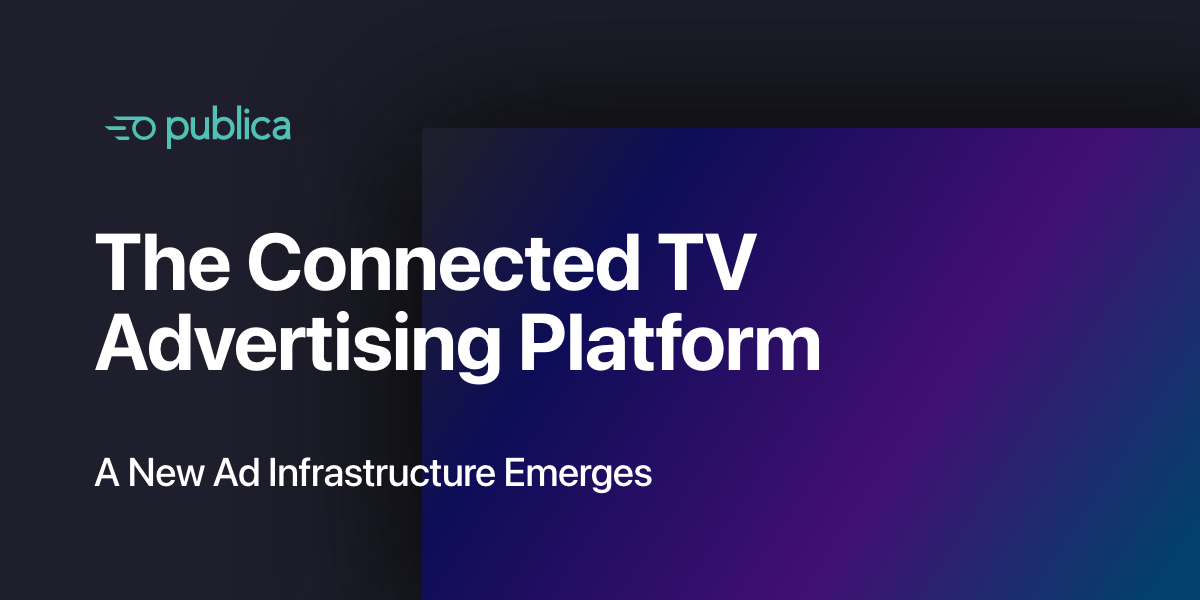 Unified auction, or header bidding as it’s more commonly called, should sit at the center of any CTV ad stack in order to capture the true value of your streaming inventory. With more programmatic buyers than ever looking to target CTV audiences, publishers can pick the highest yielding set of ads while providing reach and frequency management across demand sources.

CTV publishers who have adopted an advanced ad pod strategy are already seeing increased demand this year as more DSPs seek to target OTT apps that can give them greater control around frequency and slot position within the ad pod. Make sure your ad server can return valid, non-duplicate, non-competitive ad creative within live and VOD environments. When it comes to monetizing ad pods, the publishers who develop the most creative strategies will attract more dollars.

Nothing is more frustrating than losing ad revenue and delivering a poor user experience because of technical errors. Integrate your stack with a server-side ad insertion service designed to handle the scale of programmatic CTV volumes and deliver the highest quality stream available to the user. Also make sure that your SSAI server provides the most up-to-date anti-fraud mechanisms to continue to strengthen CTV industry trust.

Transparency should be provided to advertisers by working with trusted third-party verification providers to help surface the right data points and encourage future investments. Leverage measurement to help advertisers see ROI and foster a deeper understanding for the value of CTV ad inventory.

At this point it has become well known – viewers are increasingly spending their time in ad-funded streaming environments. Despite these rapidly changing audience behaviors, advertisers are not going to increase their ad buys in OTT until there is an advertising infrastructure that can support their requests for ad break controls, audience-based targeting, contextual insights and, most importantly of all, measurement.

By adopting a CTV-first approach to their ad serving and podding capabilities, streaming publishers have a clear path to catch up with streaming audiences and grow valuable CTV ad spend in the process.