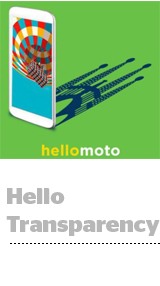 The relationship between Lenovo and its agency partners is not what it used to be – in a good way.

“That’s not to say that there isn’t a role for the traditional agency, like we have with our creative agency, Ogilvy, to drive the brand framework – we need that,” Lenovo SVP and CMO David Roman told AdExchanger last week at Mobile World Congress in Barcelona. “But the space is evolving.”

Lenovo is in the midst of a brand revivification project that involves ceding control to more flexible models of content creation, especially for video, and bringing some of its media-buying capabilities in-house.

The brand is setting up centers of excellence to create better content quicker and cheaper. A traditional agency works on a retainer with a fixed fee and resources, Roman said. Lenovo wants a more fluid structure that brings the best people together for project-based work.

It doesn’t always make sense to spend $1 million on a sexy agency-made video for a product launch that later gets cut into a 30-second TV spot. Increasingly, Lenovo wants user-generated content, such as unboxing videos, to drive engagement.

The people who make splashy sizzle reels, however, aren’t generally the same people who can sniff out influencers or have a feel for what works on YouTube.

But that doesn’t mean Lenovo isn’t still working with partners – far from it, Roman said. In fact, a center-of-excellence model lends itself to working with a portfolio of agencies on any given project, depending on who has the right expertise for the particular job at hand.

“We just need to think about how to create in a different way, because you cannot have one agency do all of this,” he said. “But the right agencies as partners actually become even more vital in this structure.”

That makes the agency’s role somewhat more difficult, “but the scope for creativity doesn’t go away at all,” Roman said.

The brand is close to partnering with a third-party verification vendor to monitor performance and viewability, said Jan Huckfeldt, VP of global marketing and communications for Lenovo Mobile Business Group and Motorola Mobility.

“It’s not that we don’t trust our agencies,” Huckfeldt said. “But as a total marketing community, agencies and clients need to do a better job.”

In early 2016, Lenovo started in-housing some of its digital, out-of-home and TV media buying across APAC and struck direct deals with a number of partners, including TubeMogul, Google DoubleClick and Adobe Audience Manager.

In Europe, the Middle East and Africa, for example, Lenovo is working with UK-based media planning and buying agency Total Media. The agency is handling the relaunch of the Moto brand starting with the Moto Z and modular handsets, which had a big presence at MWC this year.

“This is not as straightforward as you might think,” said Huckfeldt, pointing to agency buying power.

Outside the US, media rebates are business as usual.

“The rebates they’re getting on the total volume is something that we as an independent brand or company cannot match in terms of spending,” he said.

The point isn’t to in-house for the sake of in-housing, but rather to figure out the best model and the most appropriate partners to fit the given moment and market.

“Trying to respond in real time takes a lot of work and a lot of resources to do well, and it’s been a big change in how we run things,” Roman said. “The more you do, the more refined it becomes, the more data you get and the more complicated it becomes to manage. Working with partners is extremely helpful, but we’re looking for the best people for the job.”