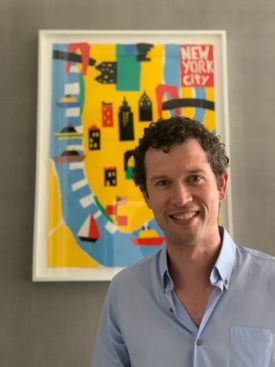 Much of JT Batson’s career has focused on bringing tech and automation to bear on the agency-publisher relationship. He was an early employee at Rubicon Project and a senior executive at Donovan Data Systems during the period when it merged with Mediabank (creating Mediaocean).

JT’s work adding efficiency to media buying has continued with Hudson MX, a relatively youthful ad tech business that he founded about four years ago. Hudson MX helps local TV and radio broadcasters and media buyers transact with more efficiency and speed than they’ve been able to in the past.

But it has its sights set on an omnichannel future.

“The vision in the early days was to build a platform that could support any media type in any country in the world. We started with local TV because that’s what our agencies asked us to focus on,” he says.

It’s a niche already served by Mediaocean and JT acknowledges the competitive set includes his former employer, but says the company could never aspire to replace everything Mediaocean does.

“Any company that’s been around for 50 years has tentacles in places that a lot of us don’t even know exist,” he says. “We’ve been focused on places where we think we can add value.”