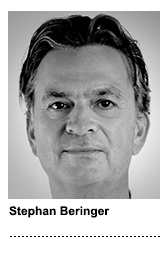 In its early days, programmatic buying was mostly used by ad networks. These companies packaged media supply for agency buyers as a line item on their plans, offering more efficient access to publisher audiences. Later, those agency buyers did the trading themselves, and we were off to the races.

But somewhere along the line things got complicated. The centers of programmatic excellence incubated by the agency holding companies became huge players in their own right. Soon, both clients and traditional media buyers at sister agencies viewed them with suspicion, as non-transparent sinkholes were used to increase margins. The favored term of art, “trading desks,” became a pejorative.

This week’s guest, Stephan Beringer, played a key role in this story. In 2015 he was put in charge of VivaKi AOD – Publicis Groupe’s trading desk – with a plan to integrate its capabilities with agency teams at ZenithOptimedia, Starcom, Razorfish, DigitasLBI. It was a necessary move, designed to engender client trust and inculcate programmatic best practices at the “operating agencies.”

“The challenge was two-fold,” Beringer recalls. “One was the whole transparency question appearing on the horizon, which we had to take very seriously. Secondly, realizing at the center over time you will lose the opportunity over time to grow the business.”

But the change did not go smoothly. Publicis lost a number of key programmatic talent players.

“We had many voices telling us, this is crazy,” he says. While clients reacted positively and the move seemed like the right move at the time, the influx of programmatic talent and their different way of approaching media alienated others at Publicis agencies.

“If you’re on the receiving side – let’s say you’re CEO of Zenith – and suddenly you have these programmatic people coming in,” Beringer says. “The thinking is different and eventually there’s some alienation happening. And vice versa. People from VivaKi were missing a home. It came down to culture change and educational approaches to overcome these frictions.”

Also: Today, Beringer is CEO of Mirriad, an ad tech business that uses computer vision and AI to facilitate brand integration with video content, in the second half of this episode he discusses the company’s roadmap and the opportunity it sees.