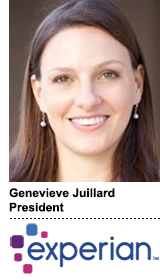 In this episode, Experian Marketing Services President Genevieve argues for greater fragmentation of identifiers as the best path to herd immunity against future advertising disruptions.

Instead of driving marketers to a single solution, she says Experian is focused on addressing what she calls “healthy fragmentation.” In the early days of ad tech, fragmentation was an evil made necessary by the breakneck pace of VC-fueled innovation. No longer.

“We don’t see any one third party alternative solution becoming completely dominant,” according to Juillard. “And frankly that is a healthy thing. We believe that as an industry we have an opportunity now to build an advertising ecosystem, to reimagine it into one that is more resilient, more adaptable, better able to take advantage of new data types as they emerge while also being more privacy friendly and transparent.”

Reversing the industry’s total dependence on one or two identifiers is a good idea, she says, “because it leads to overall resiliency and the ability to take advantage of new data types as they emerge.”

Also in this episode: Back in November, Experian Marketing Services acquired cross-device data provider Tapad from its previous owner Telenor for $280 million. Juillard, who was the executive sponsor of that deal, describes the rationale.