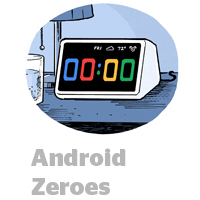 For smartphone owners with Android 12 or higher, Google has created a new location data option that allows users to share “approximate location data” that’s accurate to within a mile or so, unlike the granular targeting data often in use by mapping or directions apps. This means app developers can request permission for some degree of location tracking for marketing purposes, but not necessarily full-on pinging in your pocket or the ability to geo-fence an area and track people who walked into a mall, say, or a hospital. If a user has granted permission for approximate data tracking, the app can request to switch to precise tracking or allow precise location data in a particular instance. Google also suggests starting with a request only for foreground location data access (in other words, while an app is in use) before potentially requesting background location data access. You need to go on a first date before you get married. This move is in line with another change Android made earlier this year when it tightened its ad tracking and analytics IDs policy. Guess Android is taking the slower, more scenic route to the same destination as Apple ATT. H/t to Giulio, @astaniscia86, for the spot.

Here’s The Ad You Ordered

DoorDash will begin selling restaurant ads atop search results in its apps. The company previously allowed restaurants to promote discounts or free delivery offers, as well as banner ads, but it didn’t allow restaurants to use paid media to climb above organic searches, The Wall Street Journal reports. The targeting options are basic to start. Restaurants, for example, can target new or returning customers. But DoorDash Ads VP Toby Espinosa said the company plans to expand the targeting capabilities so that restaurants can go for potential customers by category, such as “frequent burger buyer.” DoorDash is trying to  walk a fine line between reaching profitability – it reported a net loss of $103 million last quarter – and repelling customers in the uber-competitive (pun intended) food delivery space. This is a familiar balancing act for companies like Uber and Instacart that are banking on ad revenue to bridge them to profitability while they either wait to reach scale in their core businesses … or VC-backed rivals reach the end of their tethers.

Live sports are increasingly important to gain streaming subscribers. Ironically, though, it’s making games harder to watch. The NHL season starts this week with a new framework for watching games after the league ditched NBC as its exclusive broadcaster. The NHL’s regional network for in-market games (Sinclair’s Bally Sports in most places) was dropped by YouTube TV, Hulu and Sling TV. ESPN, ABC and TNT will carry some games, while Disney’s ESPN+ and Hulu carry all the national games streaming. Watching the NFL got more complicated, too, ever since its rights deals were renewed earlier this year. The big change for the NFL was that Amazon shelled out a billion dollars per year for exclusive rights to the weekly Thursday night game, which previously broadcast on Fox. In other words, Amazon paid to keep the game off cable. NBC’s English Premier League deal gives it the right to distribute games exclusively on Peacock. That policy shortchanges the Premier League and double-dips subscribers, most of whom already have a cable package or NBC Sports subscription but now need Peacock as well. But hey, it compels die-hard fans to subscribe to Peacock – which is why streaming services love sports.

The death and birth of technological revolutions. [Stratechery]

An update on Twitter’s push to try and grab a slice of the performance ad market. [blog]

How can we keep kids safe online? Ask video game designers. [The Information]