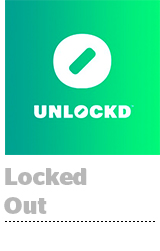 The developer of Unlockd, an app that serves ads to smartphone homescreens and offers rewards in exchange for personal data, has declared bankruptcy and is shuttering operations. The startup had prepared for a 2018 IPO, but investor interest dried up after Google threatened to remove Unlockd from the Play Store and the AdMob in-app ad network, The Wall Street Journal reports. More. Unlockd hit the scene along with startups like Shine that pitched telcos on the chance to disintermediate Google and Facebook with their network-level controls. But those efforts stalled out and mobile operating systems and browser operators (aka Google and Apple) have reasserted their position as audience gatekeepers.

A study by the University of Michigan Medical School found 95% of children’s education apps in the Google Play store have at least one type of deceptive advertising in violation of FTC rules. These include pop-ups with disturbing imagery, ads that are difficult for children to click out of and games that offer points for ad engagement, all without proper labeling, The New York Times reports. Some of these ads are in apps run by major media companies, like Disney, which funnels kids to a digital store when they click on a glowing snowman in the game “Olaf’s Adventures.” More than a dozen advocacy groups sent letters to the FTC requesting an investigation. “There’s very limited research showing how children learn from interactive media,” said Jenny Radesky, a pediatrician who worked on the report. “But the one thing that’s consistent is if you have lots of distracting bells and whistles, children don’t comprehend the underlying learning material as well.” More.

The United Kingdom will increase its revenue tax on major tech companies by 2% starting in April 2020. The tax, announced by Treasury Chief Philip Hammond, will only apply to companies that earn above $640 million per year and is expected to add about $512 million annually to the treasury department, CNN reports. Facebook, Google and Amazon, often criticized by markets outside the United States for paying insufficient taxes, have targets on their backs. "It will be carefully designed to ensure it is established tech giants, rather than our tech startups, that shoulder the burden," Hammond said in a speech to Parliament. More.