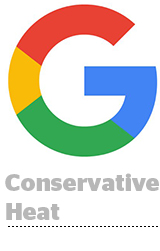 Searching For A Problem

The Trump administration is “taking a look at” Google’s alleged practice of diminishing conservative news in search results after the president went on a Twitter tirade after seeing anecdotal reports from conservative media, according to The Washington Post. It would be easy to shrug this off as an early-morning tantrum set to fade after the next popular Fox segment, but there’s real risk in underestimating the influence of conservative media voices for tech and media companies. Facebook and Twitter have struggled to deal with claims of liberal bias – often because the arguments are made in bad faith – and complaints from fringe conservative figures. Diamond and Silk, a conservative vlogger duo, has accused big tech of not caring about conservative voices – paranoia that’s metastasized into calls for congressional testimony and action from powerful officeholders. “Claims like this, of a massive conspiracy of bias against conservative ideas by all the big tech companies, don’t have to be airtight to be viral,” writes the Post. More.

Brands that in-house their ad tech services get a lot of attention, but there’s less coverage of the many marketers that try to do so and fail. Some advertisers are returning to their agencies after struggling to find the resources to successfully take ownership of agency operations, Digiday reports. To do it right, advertisers need to assess the value a service brings to their company and compare it to the fee that’s being charged, says Simon Lejeune, head of user acquisition for the flight-booking app Hopper, which tested and reversed course on some in-house tech. Ever resourceful, some agencies are even jumping on the in-housing trend to pitch support services, such as recruitment and consultation. “Brands still want a high-end strategic offer when they work with agencies, but they want to be able to pull that expertise as and when they need it rather than paying $50,000 a year for a retainer with a traditional agency,” says Johnny Hornby, founder and CEO of startup agency The & Partnership. More.

The Other Kind Of News Tip

BuzzFeed is the latest media company to request donations from readers. The publisher will feature a button at the bottom of news articles asking readers to donate $5 to $100 to support its reporting. Contributors will get updates on investigations and access to new programming. If the feature is successful, it could lead to a membership program down the road, The Wall Street Journal reports. BuzzFeed is following in the footsteps of other news organizations, like The Guardian, which raised $130 million from its donation feature between April 2016 and March 2017. More at WSJ.

Brands are reshaping marketing departments around customer data, according to the new CMO Survey, a 10-year-running industry report sponsored by the American Marketing Association, Deloitte and Duke’s Fuqua School of Business. CMOs reported spending on average 6.7% of marketing budgets on analytics, which has remained stubbornly flat in recent years, but that proportion is expected to triple over the next three years. There are still plenty of obstacles, though. “A lack of trained professionals, as well as the necessary measurement tools and processes, are the biggest obstacles to using marketing analytics within companies,” says Christine Moorman, a Fuqua professor and the survey’s director. Read more.