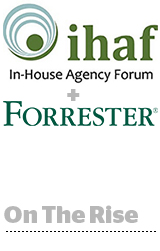 In-Housing By The Numbers

In-house agencies are on the rise. A survey of 325 marketers by Forrester and the In-house Agency Forum, a trade group, found that 64% have in-house agencies, up from 42% a decade ago. During the recession of 2008, the top in-housing priorities were cost efficiency and speed. While those two factors are still top of mind today, brands are also incubating agency services to improve marketing and business insights, reports Alex Bruell for The Wall Street Journal. “Knowledge of the brand and integrating at all points of contact, particularly with what’s going on with digital, is of paramount importance,” says Marta Stiglin, founding member of the In-house Agency Forum. But the in-house uptick isn’t necessarily a threat for agencies, as most brands retain an external firm as well to help with parts of their marketing plan. More.

The Best Defense Is A Good Lobby

Large American tech companies were caught flat-footed on a string of political defeats, culminating in the recent California Consumer Privacy Act [more at AdExchanger]. Some are taking a more proactive approach. Facebook, Google, IBM, Microsoft and other tech companies have aggressively lobbied the Trump administration and others in government to create a federal privacy law, which the they anticipate could overrule the California law (and any similar bills that may crop up) with a more industry-friendly privacy benchmark, reports The New York Times. And the lobbying surge isn’t limited to Washington, DC. The Times reported in May that many of the same companies and trade groups are taking an earlier active role to shape Europe’s ePrivacy Regulation, which is still being outlined. More.

Germany’s antitrust watchdog is expected to begin an investigation of whether Facebook abused its market dominance to gather data on people without their consent. According to Reuters, Germany is particularly concerned with how Facebook collects data on people from third-party apps, including its own WhatsApp and Instagram, and how it tracks people who aren’t users of its service. While the probe is unlikely to end in a fine, Facebook could be forced to change the way it targets and tracks users. The ultimate penalty? More.

The scale of users, and data, enjoyed by the world’s largest companies – Alphabet, Amazon, Facebook and China’s Tencent and Alibaba – will help them win in other business verticals moving forward, an Alibaba exec says. “The ecosystems they steward are vastly more economically efficient and customer-centric than traditional industries,” writes Ming Zeng, Alibaba’s strategy chief, for the Harvard Business Review. The Alibaba credit and payments group Ant Financial Services, for instance, achieves a loan default rate of 1%, a fraction of the global average, by analyzing its commerce business and seller transaction histories. But legacy companies can create their own platform data effects, Zeng writes, if they add talent and take advantage of relatively low cloud data storage and computation costs. “That may look technologically intimidating, but it is becoming more and more feasible.” More.