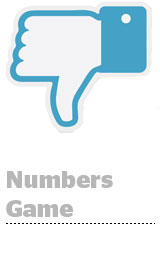 Math is hard. Facebook is refunding some advertisers after uncovering yet another measurement bug that led it to overstate clickthroughs on link-based video carousel ads running on its mobile site. Read the blog post. The amount of money lost per advertiser was reportedly negligible – a source told Marketing Land that the median refund to individual advertisers is $10 – but you can’t put a price on trust. What’s going on with that MRC audit?

Spotify is moving into the open exchange. Last July, the music streamer “went programmatic” via private marketplaces with Rubicon Project, The Trade Desk and AppNexus. Now, it’s “testing open RTB exchanges for … audio inventory through select SSP and DSP partners,” writes Les Hollander, global head of audio monetization at Spotify, in a blog post. According to data from AdAge and The Trade Desk, marketers plan to spend almost 12% of their budgets on digital audio by June, up from 7% last year. Spotify is betting that expanding its programmatic chops will get it the lion’s share of those budgets.

The Sound Of Innovation

Speaking of audio, the broadcast side is innovating, too. Westwood One, which handles national spot sales for Cumulus Media, the second-largest radio broadcaster in the US, has joined programmatic broadcast exchange Expressway from Katz. Developed with programmatic broadcast platform Jelli, Expressway allows radio sellers to contribute their inventory to an ad marketplace. The exchange will roll out fully by July. “America’s prominent agencies and advertisers have clearly stated they want AM/FM radio to join the evolution toward programmatic,” said Rafe D’Amico, senior VP of sales for Cumulus and Westwood One. More at Inside Radio.

After a tough first earnings period, Snap shares bounced back this week when institutional investors like Goldman and BlackRock (the world’s largest asset manager) were disclosed as major stakeholders. The Trade Desk, in an even murkier ad tech market, filed a disclosure this week because the investment management firm Williams, Jones & Associates snapped up just over 5% of its shares. The demand-side platform is supporting huge market gains on the strength of Wall Streeters lifting their price targets for the stock.

Pinterest will begin inserting sponsored content into visual search results. Earlier this year the company released a visual search tool so someone could take a photo of, say, a bowl of apples, and Pinterest displays similar fruit arrangements. The product isn’t developed enough to suggest similar or exact matches on products if someone takes a picture of an item they’d like to purchase, but that’s one of the use cases being developed, Pinterest President Tim Kendall said at TechCrunch Disrupt. Pinterest wants to generate campaigns with nothing from the brand or agency except product images. “It’s very cumbersome to put together search campaigns with 5,000 keyword variations.” More.