Why Every Ad Tech Company Must Understand Differential Privacy Moving A $20 Billion Market: How Local TV Is Fighting To Evolve Brand Velocity Partners Combines PE Investments With … An Ad Agency Ofer Druker On Tremor Video’s Plan To Buy Scale And Share In Ad Tech EMarketer: TV And Bloomberg Will Fuel Political Ad Spend This Year Criteo Expects 10% Revenue Drop In 2020, As CEO Clarken Lays Out Survival Plan Has The IAB Lost Its Way? With Google’s Latest Policy Change, Publishers Feel Control Slipping Away How LiveRamp Plans To Win After ‘Seismic Impact’ Of Chrome And Regulatory Changes
» 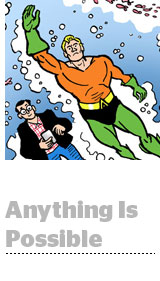 WPP’s Possible has acqui-hired Marketplace Ignition, a consulting firm that helps clients like Hallmark Cards develop ecommerce strategies specifically for Amazon. As Amazon becomes an increasingly dominating force in advertising, CPG marketers want to capitalize on the platform rather than fight its growth. “In the last 18 months, consumer packaged-goods companies have become less fearful of channel conflict and begun to get more aggressive at selling directly through Amazon,” said Possible CEO Shane Atchison. With Marketplace Ignition, Possible will gain 35 employees with direct expertise in all things Amazon, from developing the packaging and advertising brands place on the site to search optimization. More at WSJ.

Top TV ad sales offices are filling up as the upfront season looms. Comcast promoted Marcien Jenckes to president of advertising last week, and Fox News this week poached former NBC ad exec Marianne Gambelli to be president of ad sales, Variety reports. Some broadcasters waited to place leaders atop their advertising divisions over concerns that a chief ad sales executive may not even be necessary anymore. But with buyers pushing for point people who can confirm deals, that wait-and-see period appears to have run its course.

Pinterest added a feature that identifies real-world objects via smartphone camera, making it easier – theoretically, at least – to surface items that better match a person’s intent. For marketers, who like Pinterest for its unique position in the shopper journey, the feature brings them closer to the bottom of the funnel without interrupting user experience. It’s not hard to see the downstream paid media opportunities in the form of “related products.” As Matthew Lynley writes for TechCrunch, Pinterest “helps its partners track … users throughout the buying cycle, eventually trying to point them to an end-product they may want to purchase.”  More.

A panel last week meant to feature three brand creative chiefs had a wrench tossed in the gears when two CCOs (Tom Nowak of Best Buy and Michael Fanuele of General Mills) stepped down from their positions. “As brands struggle for a balance between science and creativity – and manage costs accordingly – brand innovation jobs are in an uncertain place,” writes Adrianne Pasquarelli at Ad Age. Nowak says “The modern CMO has to be so focused on technology, data and analytics so most CMOs — with all the things they need to know now from a tech standpoint – have even less time than they used to have [to devote to creative and design].” More.