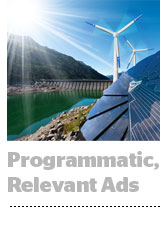 To ensure those ads are next to relevant content, the newspaper works with Smartology’s semantic profiling technology, which scans article content.

About a year and a half ago, the Journal ran those campaigns through its ad server. But in Q1 this year, it began running the ads programmatically.

The setup boosted yield for the Journal and gave Smartology access to more of the impressions it wanted to buy.

Smartology couldn’t bid on all the available impressions when it only had access to inventory in the Journal’s waterfall. But the vendor needed to look at more impressions than it could find since it only wants to place ads by articles matching specific semantic profiles.

Since the switch, the Journal has seen an increase in overall revenue coming from Smartology campaigns, because advertisers can place ads next to relevant content more frequently, said the publication’s VP of EMEA advertising sales, Anna Foot.

And there’s more competition. While the advertiser pays a premium for these semantically targeted units, the Journal still evaluates the bidded CPM against other buyers to make sure it’s slotting in the highest payer.

This process also greatly reduces discrepancies and keeps the ad ops team from having to set up the campaign manually as it would for a direct deal.

Smartology sets up private marketplaces to buy programmatically through Google Ad Exchange and it recently added Index Exchange as a second partner. Smartology originally tried to run the campaigns through DFP First Look, but saw more inventory after switching to preferred and private marketplace deals on Google’s platform.

Brands run across a group of publishers, including other Smartology clients like BBC, CNN and CNBC, with one buy.

Smartology recently expanded its tech to other Dow Jones properties besides the \Journal. And while Smartology works with 70 brands, many of which the Journal already works with, the publisher can sell semantically targeted ads using the tech across its entire client list, expanding its product offerings.

“It’s a good complement to an overall [media] plan,” Foot said. “And it might be that they come to us through Smartology and we can [then] nurture that relationship.”