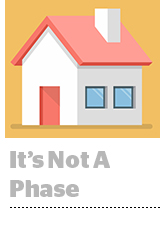 Seventy-eight percent of ANA members reported having some form of an in-house agency, according to a study of 412 marketers that was released Monday by the trade body. That number is up from 58% in 2013. Forty-four percent of respondents said they had established their in-house agency in the last five years, and 90% said the in-house workload has increased over the past year. “The work being done by in-house agencies is no longer confined to ‘low-hanging fruit,’” ANA CEO Bob Liodice said in the report. Ad Age has more. For agencies to stay relevant, they’ll have to continue servicing clients with “overwhelming benefits … relative to the benefits a marketer will experience doing the work themselves,” wrote Pivotal analyst Brian Wieser in a note to investors. “An agency optimist might look at in-sourced activity as an opportunity for future revenue if an agency can best produce those benefits.”

Twitter is the subject of its first GDPR-related investigation. The Irish data protection authority has initiated a formal inquiry of Twitter’s refusal to disclose the web-browsing data it collects via t.co, its link-shortening tool. University College London professor Michael Veale lodged the complaint that led to the inquiry after Twitter refused to disclose the data it stores about him from t.co. Veale recently kickstarted a similar GDPR review of Facebook’s web-tracking data. “Data which looks a bit creepy, generally data which looks like web-browsing history, [is something] companies are very keen to keep out of data access requests,” Veale said. Fortune has more.

News of an FBI investigation into media agencies allegedly taking undisclosed rebates or kickbacks dropped like a bomb last month – a bomb that hasn’t exploded yet. So what’s the FBI looking for and what might it find? For decades, agencies have gifted sport tickets or even family vacations for brand reps, but that’s not interesting to the FBI. “Then you start to see a couple companies a little more overtly suggesting and finding ways to put direct cash into the media agencies’ pockets,” one anonymous exec tells Digiday. But the rebate practice is only illegal in the US, so agencies can legitimately win business in the US and extract fees in other markets. Agencies also have heavy executive churn, so there aren’t many longtime employees to pin down. What would blow the case open is if the FBI uncovers internal emails revealing guilt, such as “We shouldn’t be doing this” or “They’ll never find out.” More.