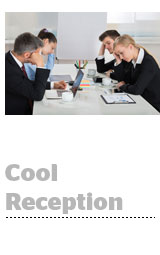 We Rented Your Room

It’s reasonable to assume that when the largest and perhaps most influential advertiser in the world says it will shift spend back from digital to linear TV, network executives would jump for joy. But Procter & Gamble did just that during the 2017 upfront season and broadcasters have reason to be peeved. Big legacy brands get bulk-spending discounts and are grandfathered into better prices. These deals are great when the market is slow, but with a strong upfront market, networks would prefer to strike more lucrative contracts with new advertisers. More at Ad Age.

Agencies are known for lavish spending, especially during the Cannes Lions festival. But as part of broader cost-cutting measures, agencies are reportedly cutting back this year, Alex Bruell reports for The Wall Street Journal. WPP asked employees to reduce Cannes spending by 25% this year and Dentsu Aegis said its Cannes delegation will be “significantly reduced” from the 350 people who went last year. Agencies need to find fat to trim – having just been the fat in a round of trimming by brand clients. Cannes typically costs between $8,000 and $20,000 per agency employee. More.

Facebook and Twitter are beefing up on broadcast-esque media products by paying and partnering with video-savvy publishers like BuzzFeed, Vox, Bloomberg and Vice. But don’t forget about telcos and TV networks. Viacom and Altice just signed a new multi-year advertising and distribution deal that “will see Altice’s audience data – increasingly important for network advertisers – multi-screen advertising platforms and measurement and analytics capabilities paired with Viacom’s advertising offerings to deliver local and national advertising across TV, mobile and desktop,” reports MarketWatch.

Major retailers have been pummeled on the stock market, but they’re finding growth in categories where they can differentiate from online platforms (namely, Amazon). More than 80% of all products offered by Home Depot weigh more than five pounds, and it’s heavy shipping capabilities help distinguish it from Amazon. JC Penney’s in-store Sephora units are useful foot-traffic engines and Macy’s plans to open 50 new Blue Mercury skin care stores even as it closes shops across the country. Walmart is reshaping its stores and ecommerce vision to leverage its brick-and-mortar footprint as an asset against Amazon, particularly as a way to drive habitual CPG and grocery purchases. Partnerships being forged now between product brands and retailers “are a model for cooperation in the face of the real enemy,” writes Scott Galloway, founder and chairman of the brand research firm L2.

Facebook is making Instant Articles compatible with rivals Google AMP and Apple News. The idea is to cut down on distribution costs by letting publishers build on Instant Articles and push that content out through other platforms. Facebook’s SDK will ensure that the content matches the style and protocol of those other platforms. Whether Facebook is acknowledging that its platform isn’t as popular as its competitors’ or trying to undermine competitive platforms is unclear. “Facebook’s only option now is to hope publishers are so wary of any one tech platform that they publish to all of them simultaneously,” writes Nick Statt at The Verge. More.