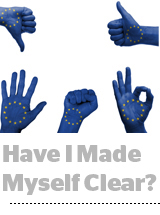 One year into GDPR, ad tech is facing headwinds in Europe. Data protection authorities in seven markets are looking into the legality of real-time bidding, which they argue is a “wide-scale and systemic” violation of the law. Spain, The Netherlands, Belgium and Luxembourg joined the United Kingdom, Ireland and Poland on Monday in filing complaints around bid requests, which they argue broadcast people’s personal data “hundreds of billions of times per day,” and enable “the most massive leakage of personal data recorded so far.” And this is the tip of the EU iceberg. Ad tech companies can expect a “cascade of complaints” and an EU-wide regulatory response, a lawyer working with the complainants tells TechCrunch. More.

Index Exchange is introducing machine learning to its publisher header bidding solution. The company has launched a tool, called Adaptive Timeout, that allows publishers to modify page load times based on people’s network signals, device types or browsing behaviors to better understand when to stop accepting bid requests, Adweek reports. Publishers previously relied on fixed time-outs for bid requests, which caused them to miss out on bids because they favored speedy page loads over incoming requests. The new Index tool gives publishers a hack around this pain point. Supply-side tech companies need to address this issue because header bidding has been criticized for slowing down publisher web pages and negatively impacting the consumer experience. More.

Location data tech companies are girding themselves for a looming crisis. Wasted spend on location data pales compared to ad fraud, but it’s large enough that marketers are taking notice, especially in verticals like auto, mall retail and quick-serve restaurants with large out-of-home and location data budgets, Warren Zenna, Americas president for Location Sciences, writes for The Drum. Bidstream data will be the hardest hit in “The Location Data Crisis of 2020” because the lat-long numbers are unreliable and because bidstream data collection often fails on privacy and consent. “As ... losses mount, it becomes harder to raise your hand and admit you were complacent,” Zenna writes. More.